Good For
People who enjoy cooking but don't have time to cut everything by hand.
Bad For
Anyone who's never owned a food processor before and would prefer to get their feet wet with a more basic model first.
Key Features
All The Stuff is reader-supported. When you buy through links on our site, we may earn an affiliate commission (learn more). 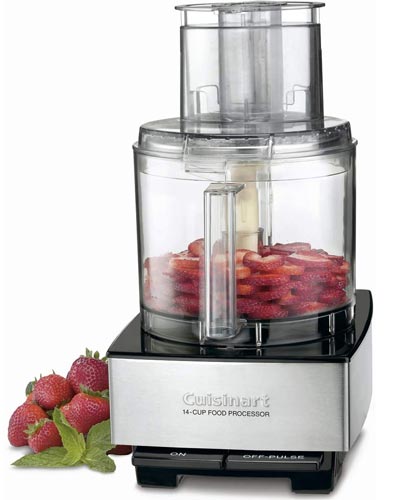 The Cuisinart DFP-14 got a somewhat bad rap when it was first released. Here, we’re talking about the slightly updated model, which is now BPA-free like most food processors, and has blades with fewer nooks and crannies that allow food to get stuck.

In terms of capability, it lies somewhere between highly capable domestic models like the Breville BFP800XL Sous Chef and entry-level contenders like the Black & Decker FP2500B PowerPro. It doesn’t try to be all things to all people, but it doesn’t take a back seat to other food processors in the same price range.

Though it has no truly outstanding features like a built-in wall scraper, it really does everything you’d expect and can be expected to last for several years. Once you start spending more on optional add-ons, its range of functionality expands greatly and we can even start comparing it to a machine like the KitchenAid KFP1466ER.

The Cuisinart DFP-14 at a Glance

This machine’s blocky stainless steel base looks a little severe and like something you’d expect in a restaurant’s kitchen. If this puts you off, rest assured that a number of styling options are available.

The whole thing seems reassuringly solid, which is pleasing. The way the discs attach to the motor seems a lot sturdier than many other models, too.

On the other hand, putting the all parts together every time you want to use the appliance does require a little finesse and patience, but this is pretty much the norm for all food processors.

In terms of user-friendliness, you may be glad to know that there are no digital controls to confuse you: only two paddle switches even larger than those of the Hamilton Beach 70820. This may be a good thing: as the feed tube is on the opposite (rear) side, it’s easiest to use this food processor facing its side or even from behind.

Good Things Come to Those Who Pay Extra

After you’ve unpacked, cleaned and assembled the machine, you’ll be able to slice ingredients fairly thickly, use the S-blade to chop or puree food and do some basic shredding. There’s no separate dough hook or kneading attachment, so you’ll use the S-blade to work with dough. This works pretty well, but doesn’t produce results that would get high marks in culinary school.

In other words, you’re off to a good start, but this range of options quickly becomes tedious.

Who wants 4 mm (0.16″) thick carrot slices in their salads? The 2mm disc is sold separately, as is a storage case that’s thankfully a little better organized than that which comes standard with the Hamilton Beach 70820 (and therefore larger in size).

Before long, you’ll probably also want a finer shredder, a julienne attachment and a dough kneader. Cuisinart throwing in a few more accessories would have been nice at this price. (Due to the way the blade locks onto the spindle, double-sided blades like many food processors use aren’t possible, but neither is the blade flying off during use at all likely).

The good news is that you can also buy a whisk attachment and salad spinner for this machine. Nobody likes soggy lettuce or waterlogged basil, and it’s sometimes just not humanly possible to wait for them to dry out after washing.

What You can Expect from It

Presentation is always important, as is cutting ingredients evenly so that they’ll cook uniformly. To this end, this food processor has a large feed tube (about 4½ by 3 inches) and also a narrower plug-in for celery sticks and other long, narrow vegetables so they’re not sliced at too much of a diagonal.

In addition, the narrow feed tube has a small drip hole that serves as a funnel for adding melted butter or oil to some classic sauces. Unlike with some machines, removing the plunger or narrow insert stops the motor, which seems like an unnecessary safeguard and just provides another part that can break.

It runs fairly quietly by food processor standards and has a good power rating (though it still seems underpowered at times). A nicely heavy base with rubber feet reduces noise and vibration. Despite the large total capacity, it works well with smaller amounts too.

All accessories are dishwasher safe, but it may be better if you use a milder detergent. In any case, they’re all easy to wash by hand, though you may need a brush of some kind to get the latches on the lid clean.

As with most food processors, the bowl is the most fragile part and needs to be handled with care. The DFP-14 comes with a 3-year warranty, though you’ll have to ship it back to Cuisinart at your own expense and wait at least 2 weeks for your return to be processed. A 17-page recipe booklet forms part of the user manual.

The Cuisinart DFP-14 was Listed in: Best Food Processor 2022 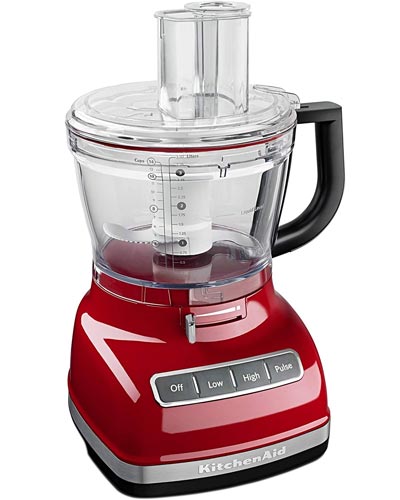 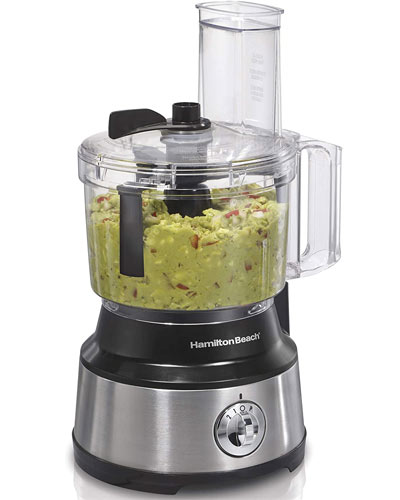 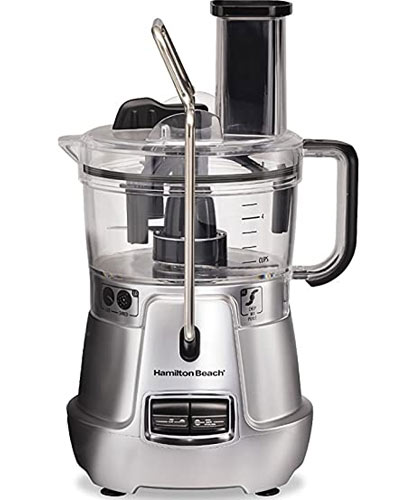 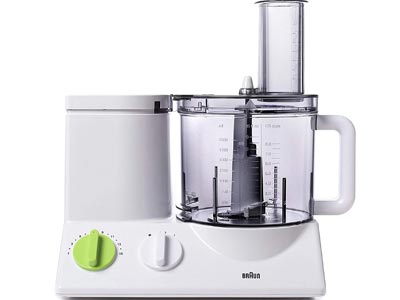 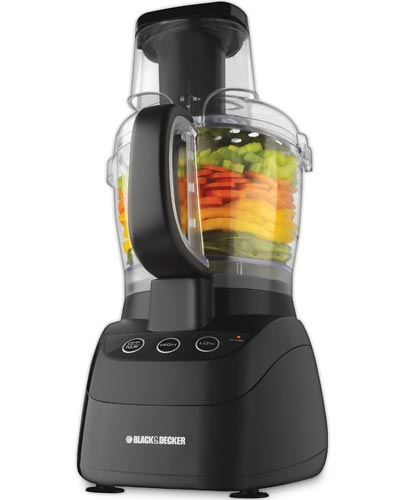 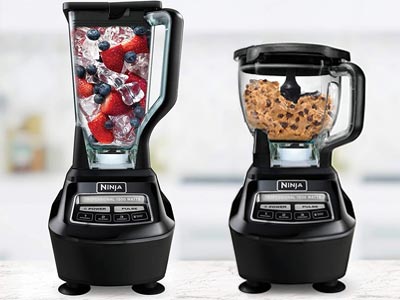 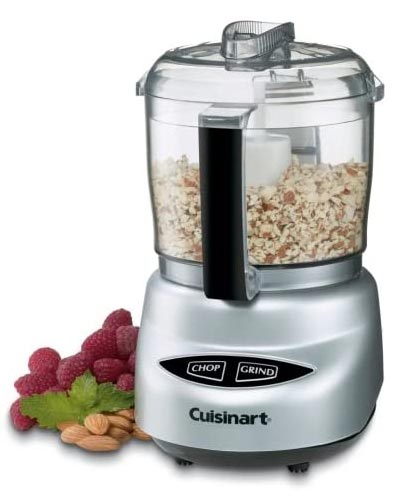 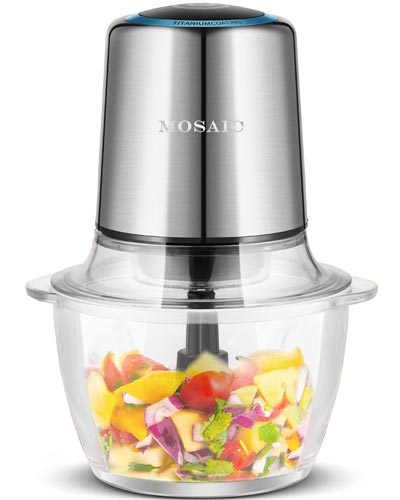 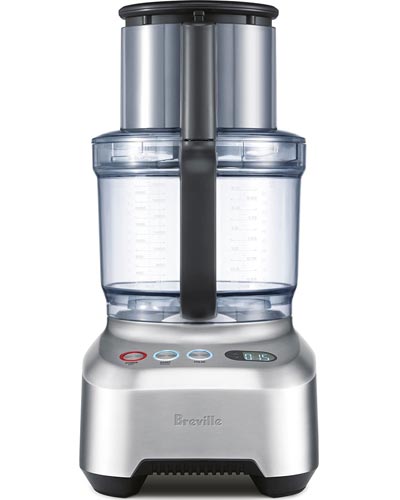