How Are They Different from Alt-Az's?

Buying your first car is usually less complicated than selecting your first telescope. All cars are generally the same, and they either run well or don’t. With telescopes, on the other hand, you need a keen understanding of what exactly you want it to do even if you’ve never used one before.

Technical terms like focal ratio, aperture, and apochromatic abound, along with the names of dead scientists who each made their own contribution to the art of skygazing.

With all of this going on, it’s tempting to skip over the question of whether you need an equatorial mount (also called a wedge), which allows you to install your scope at an angle to the earth’s surface and aligned with geographical north.

What’s the point of an equatorial mount, anyway? How is it superior to the more common alt-az base, which also lets you move your telescope up and down and from side to side?

What Exactly Is an Equatorial Telescope Mount?

The world, as you may have noticed, turns. By one degree every four minutes, in fact – this makes your field of view pan from side to side.

What’s less obvious is that it also spins your viewpoint, albeit slowly.

Assuming you’re using an alt-az telescope mount, how pronounced this effect is depends on how close to parallel the horizontal plane of your telescope is to the earth’s axis of rotation. If you’re stargazing from a point close to the equator, you’ll hardly notice it: 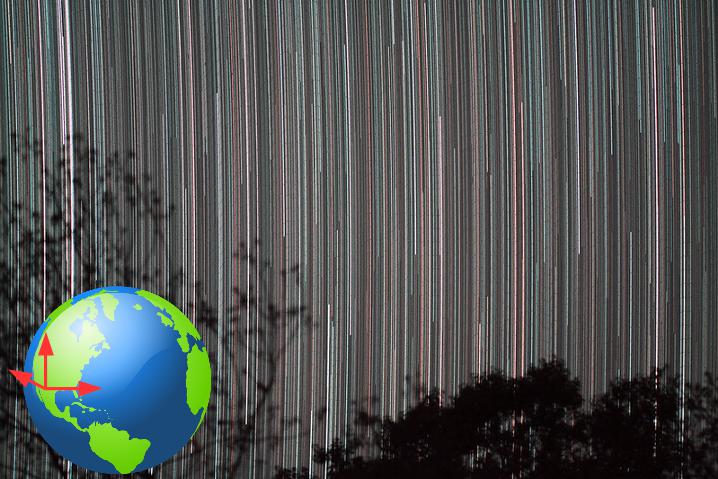 In higher or lower latitudes, however, this can be both a source of artistic inspiration and a real pain in the neck: 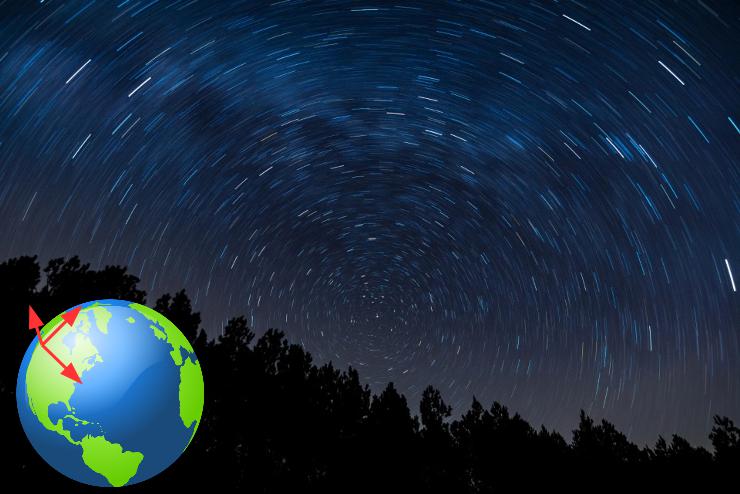 Another result of this rotational motion is that, with an alt-az mount, keeping an object in view for a long time requires you to adjust your telescope both left to right as well as up and down.

With an equatorial base, however, you only need to nudge your telescope along one axis to keep your target properly framed.

This video explains exactly how this works:

As it happens, you can also buy a tracking motor to – you guessed it – track your chosen celestial object for you.

This leads us to the real advantage of having an equatorial mount:

When it comes to taking pictures of the night sky, the chief challenge facing photographers is that it’s really dark out there.

There are various tricks that can be used to compensate for this, but the bottom line is that you’ll need to use very long exposure times, especially when imaging faint objects like distant nebulae. The trouble, of course, is that a slow shutter speed and a moving target don’t mix at all well.

If you set an alt-az scope with a go-to drive (like the Nexstar SE) to keep a planet in view, it will do exactly that. Your image will gradually rotate, though, leading to distracting star trails in the background and decreasing the amount of detail in your photograph. (Note that you can buy an equatorial wedge for Celestron NexStar SE telescopes; this just isn’t included as standard).

In other words, if you’d like to share your best observations online and impress your friends with your skills, an equatorial mount is basically a must-have. If the extra cost is a concern, the best policy is probably to get the best equatorial telescope you can afford and add stuff like a tracking drive, special filters and a dedicated camera attachment as you can afford them.

If you’re fairly handy with tools, you can also try to construct your own equatorial mount. Many amateur astronomers love tinkering with their own equipment almost as much as using it.

This is not, however, an easy project. If your main priority is just to take the best sky photographs possible, you’re probably better off using the manufacturer’s equatorial mount.

The Nominal Magnification of a Telescope

Why Telescopes Work Better with Filters