Are They Really Better?

By now, it is pretty well accepted that sitting for long, uninterrupted periods each day is bad for your health – even if you’re physically active otherwise. Under pressure from their employees, and in response to the rising cost of absenteeism, more and more companies are now providing standing desks at their offices.

Why Companies Should Accommodate Standing Work

The threat of diabetes, heart disease, and even mental health problems “suddenly” turning up after ten or twenty years of sedentary living is certainly real. It’s also claimed that working standing up improves productivity and problem-solving abilities, although it’s not certain that the results of research done in one context can be ascribed directly to others. 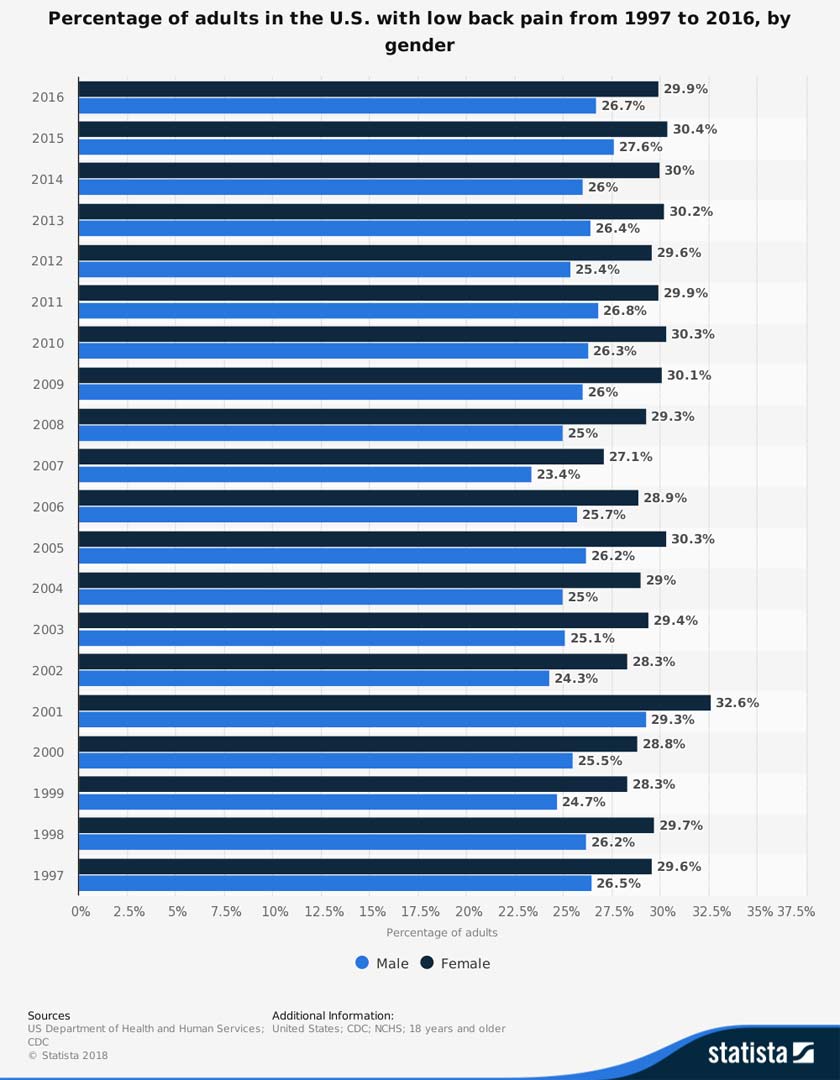 As usual, the situation is not completely black and white. Remaining on your posterior, inert, for hours at a time is certainly bad for you, but working standing up carries risks of its own if some simple guidelines are ignored.

Interestingly, simply educating office workers about ergonomics and the importance of not sitting for extended periods is almost completely ineffective at changing their behavior. Providing them with sit/stand desks, on the other hand, automatically improves their working habits.

Standing Desks In a Nutshell

Since their initial appearance around 2000, the sales of standing desks, or those that allow the user to switch between a sitting and standing position, have soared. Initially, these could cost a DIY-inspiring $1,000 or more, although much more affordable models are now available. In fact, you could construct your own sit/stand workstation simply by placing a filing box on your existing desk and moving your laptop from one surface to the other when needed.

Purposely-made standing desks have several advantages, though. In the first place, whether your office sports a clean, modern look or any other style, you can easily find a standing desk that won’t disrupt the decor. Unlike a homebuilt contraption, it won’t send a bunch of expensive electronics tumbling to the floor and, in case you’re not much of a carpenter, the time spent on the project may well cost you more than simply ordering a desk online.

One of the major advantages of working vertically, it is claimed, is that it alleviates lower back pain. This symptom may have a variety of causes: degenerative disk disease, a distressed nerve, or – and here, especially, we get onto the subject of ergonomics – muscle spasms or tension.

Apart from straining the muscles in your back by, for instance, lifting a heavy object incorrectly, lower back muscular pain is usually caused by keeping the spine twisted into an unnatural position for too long. The results, especially if this becomes a habit, are reduced mobility, poor posture, and, of course, quite a bit of pain.

The improved ergonomics of using a standing workstation can help in reducing lumbar pain, but this is nowhere near the full story. It’s perfectly possible to have poor posture whatever position you’re in, and this represents the real problem. Prolonged immobility is also a major concern: if someone works standing up but remains completely immobile, their lower back is under just as much strain as if they were sitting down.

People tend to do things the easy way – drive three blocks instead of walking, watch sports on TV instead of working out, and, of course, sit down to work. This means that most of us are too badly out of shape for standing for long periods.

Even among people in good health, as many as 40% will develop back pain after standing continuously for 2 hours. Periodic sitting breaks are not enough to help them recover, and that’s not even the whole story: people who are unaccustomed to standing may also find that their feet, neck, and legs are just not up to it.

The best advice is to sit down whenever you start to feel tired, not once you start swaying on your feet. Even workers who are accustomed to standing for long periods should take sitting breaks from time to time, or they will be placing their bodies under much the same kind of strain as constant sitting produces. Cushioned footpads, chairs explicitly designed for standing desks, and other ergonomic tools are also recommended. You can also think about alternatives to standing desks such as stability balls.

Most definitely, if a standing-work arrangement is implemented in a company, it should be presented as an option rather than an obligation or competition. This actually happens in some cases, and the results are pretty much what you’d expect.

Have you ever been in an office where there’s a “chair hierarchy”? It’s kind of comic and sad at the same time. It works like this: when the bosses decide that the absolute greatest way to save money is to skimp on ergonomically correct furniture, naturally this doesn’t apply to them. Before long, every employee’s status is determined by what they park their rump on, interns have to make do with chairs whose wheels have been replaced with blocks of wood, and people are stealing each other’s chairs during lunchtime. Seriously – there is no good reason to buy bad furniture, including standing desks.

This principle automatically excludes a number of workstations with a non-adjustable height when raised (when sitting, it should be possible to adjust your chair to achieve a comfortable, ergonomically favorable position). There are official-looking guidelines on what adjustment range a standing desk should have, but people come in different heights. Those on the extreme ends of the scale won’t like having to crouch or stand on a box.

When in the standing position, your forearms should be comfortably supported by your desk, while your elbows should be bent at right angles and hang loosely by your sides. If you have to lean forward, it’s almost certain you’ll develop back pain. Having to keep your arms raised in front of you, on the other hand, is not only hugely uncomfortable but will cause you to resemble the movie robot C3PO. If your shoulders aren’t comfortably backwards and your spine straight when using your keyboard, a height adjustment is almost certainly needed. This is probably the most common yet most easily avoidable ergonomic problem with standing desks.

Your computer screen should be positioned directly in front of you and so that you’re just barely looking down at it, thus placing your neck in a neutral position. If using a laptop, this might require purchasing a special stand and using a separate keyboard, but it will certainly be worth it.

Standing on a hard surface while wearing most types of shoes will probably hurt your feet after a while. Cushioned mats are available to prevent this; some are equipped with gadgets that encourage small leg movements throughout the day. Many contain raised sides, or a footstool can be used to elevate either leg a little – this slightly bends the lower spine from side to side, relieving tension.

Everybody’s body is different, and some people will have specific requirements. If something hurts, don’t try to tough it out. Find out what might be causing it and take action. Those with foot problems, for instance, may need shoes with arch support, or a vertical mouse can be used to ease wrist strain. What is true for everybody is that it wasn’t designed to spend a long time stuck in any position except lying down. Frequent breaks, even if only to stretch or to sit down for a while, will counteract most problems you can think of.

A point that is sometimes forgotten with all the hype about the “sitting plague” is that spending an entire workday on your feet is just as bad for you as spending it chairbound. For this reason, the term “standing workstation” is now often used to refer to adjustable-height desks that can accommodate either a sitting or standing user.

For some people, counter-style standing desks of fixed height might still be appropriate; they could perhaps sit down whenever they’re reading paperwork or using the telephone. For the most part, though, sit/stand desks are the more useful. This comes with an important caveat: given the option to either sit or stand while working, people only spend an average of 3 hours more per week upright.

Adjustable height platforms that can simply be placed on top of a conventional desk are the cheapest option around. These range from as simple as what is essentially a collapsible table to furniture that could have been copied from Star Trek, complete with dual-monitor mounts, fold-out mousepads, and adjustable keyboard stands.

More expensive, but still comparable in price to traditional workstations, are purposely-built sit/stand desks. The main advantage of these are that they can handle more weight and offer a larger working area, not just space for a computer terminal. Their disadvantage is that, depending on how the particular model is designed, they can require some effort to lower or raise. Some have an electric motor to do the job and others have to be cranked or lifted by hand; some make annoying noises while moving while others can be programmed with pre-set height levels for different tasks. Which one will work best for you depends mainly on your work environment and tasks.

Dynamic Workstations: The Next Step?

Being stuck on a treadmill can easily be a metaphor for a soul-crushing job, and the original treadmill, called an “endless staircase”, was in fact used as a punishment device in Victorian prisons.

Today, however, workstations incorporating treadmills, stationary bicycles, and other exercise equipment are actually available. This is not as crazy as it sounds: at least one study found that, over the short term at least, the only work-related ability that suffered from the use of active workstations was (unsurprisingly) fine motor skills. Participants even indicated that they would be happy using one at work if given the option. It is, however, highly recommended that you choose the model that suits your own situation and habits best, and take some of the more implausible marketing claims with a pinch of salt.

Tips and Tricks to Help you Get to Sleep