Need to Sit for Long Periods of Time? Read This.

Everybody knows that physically active people have significantly better cardiovascular health. Every doctor in the world will advise you to get fit, feel better, and reduce your chances of joining the quarter of a million people in the United States who literally die every year simply from a lack of exercise.

Doctors used to believe that, while there was a great deal going on behind the scenes in cellular terms, the concept was really that simple. What has more recently been discovered is that prolonged inactivity has risks of its own – even for otherwise fit people. Even if someone performs high-intensity exercise several times a week, sitting for too long at a stretch can still put them at risk. 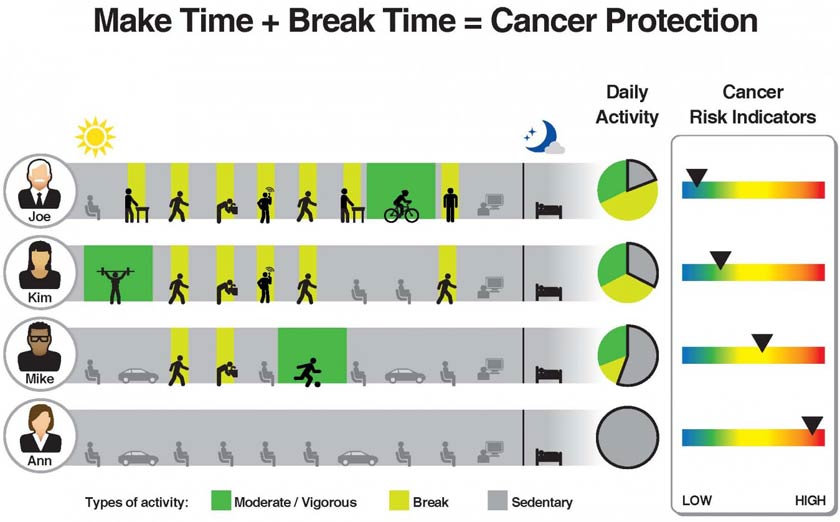 So, how much time do you spend on your rear every weekday?
When you actually add it all up, the answer may surprise you.

The Science of Sitting

Sometimes when studying a complex system like the human body, scientists can’t really start with a question like “What are all the factors that contribute to cardiovascular disease?”. This approach is just too wide and general. Instead, they might study the health and habits of similar people who differ in one respect, to see if they can find a correlation.

In this case, drivers and conductors on public transport – who respectively sit a lot at work and don’t – were polled, and it was discovered that, on average, drivers die sooner. Now, if they had compared sitting and non-sitting professionals with different socioeconomic backgrounds and types of work, like lawyers and lumberjacks, such a difference wouldn’t be all that surprising. In this case, however, they could only speculate on what in the world was causing this.

The interesting thing, which has since been confirmed by additional research, is that the cause of death in different cases wasn’t only from one single condition, but could be any of several. In fact, people who sit for 10 hours or more per day are 34% more likely to pass away in the hospital than are those who take the occasional stroll around.

Health Effects of Sitting Too Long

There is actually a huge difference in the effects of sitting down on a park bench just to eat a sandwich and spending whole shifts glued to your chair. Although more research needs to be done, how you sit may be just as important. Cultures that tend to squat or sit cross-legged are possibly not affected in the same way. The amount of time you get up between seated sessions and what you do when you get up also has an effect – longer and more active being better. However, even a minute or two of walking every hour can prevent a great deal of harm. Consider the following:

The Importance of Posture 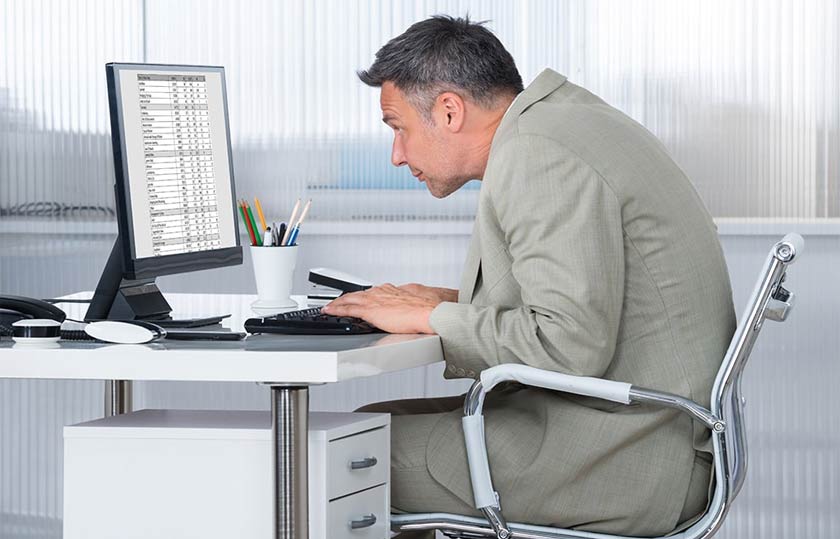 Virtually every mammal in the world has a spine much like ours, but arranged horizontally. Humans have a mostly vertical spinal cord, which works out pretty well for us but only as long as we pay attention to how we stand and, especially, how we sit.

As a kid, your mother might have yelled “Sit up straight!”, mostly for aesthetic reasons and because of the way hunched-over people are perceived socially. However, this issue goes much deeper; especially for older, less fit, or overweight people whose spines aren’t as well supported by their back muscles.

When your shoulders slump forward, as they tend to do when sitting at a desk, your breathing automatically becomes shallower, contributing to many of the problems already mentioned. Perhaps more importantly, your skeleton and especially your spine are literally the framework that prevents you from collapsing into a floor-dwelling sack of meat. Abusing them is bound to lead to problems – often permanent ones. As the following graph shows, this is a problem for very many people. 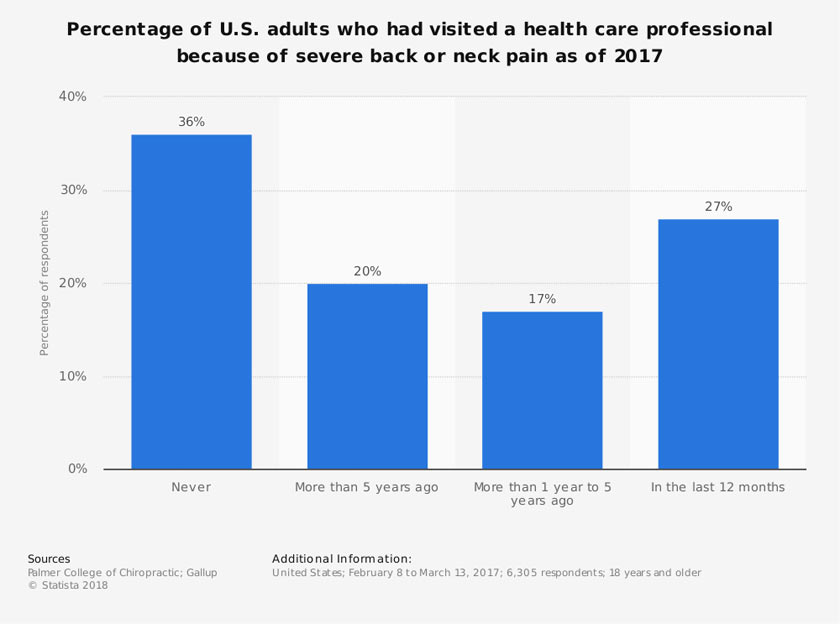 Image credit: Statista
If you spend a lot of time in front of a computer, please make a point of ensuring that your feet are comfortably flat on the floor, your thighs and forearms are approximately horizontal, and, unless you’ve made a habit of maintaining good posture, your back is straight, upright, and supported by the backrest.

This may be difficult to achieve with your current furniture, so consider investing in a good ergonomic chair. This can literally keep you from developing conditions like sciatica and spinal arthritis. To a less serious degree, it will also save you unnecessary pain. 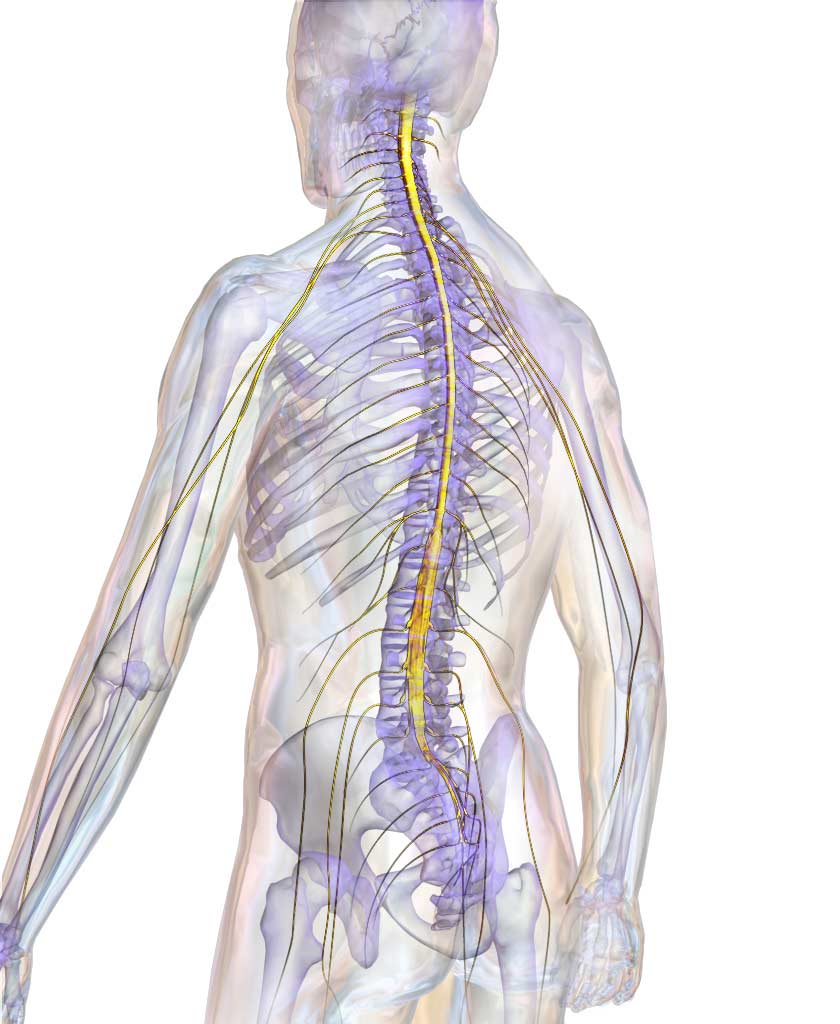 By BruceBlaus [CC BY 3.0], from Wikimedia Commons

With 33 independently-moving vertebrae and 31 pairs of nerves, the spine is an amazingly complex organ, both mechanically and electrically. As the diagram above shows, the nerves radiate out to regulate not only the movements of our limbs but also much of the function of our organs.

For this reason, one of the principles of chiropractic is that a spinal problem can manifest as any of a range of otherwise baffling medical problems. While many in the medical community continue to view chiropractors as little better than faith healers, anyone who has suffered a pinched nerve will know how uncomfortable this can be. Avoiding back pain, which often requires chronic medication, braces, or special sleeping arrangements, is therefore not the only reason to ensure that you sit up straight or at least stand up periodically.

Working Out In the Office?

One of the main reasons people spend too-long stretches glued to their chairs is that most offices and other workplaces are (nominally) designed and managed for efficiency, not workers’ health. This issue is no longer being ignored by employers, however. When taking into account the lost productivity and direct medical expenses of sick days and long-term absences, most are quite willing to consider implementing initiatives to keep employees healthy. 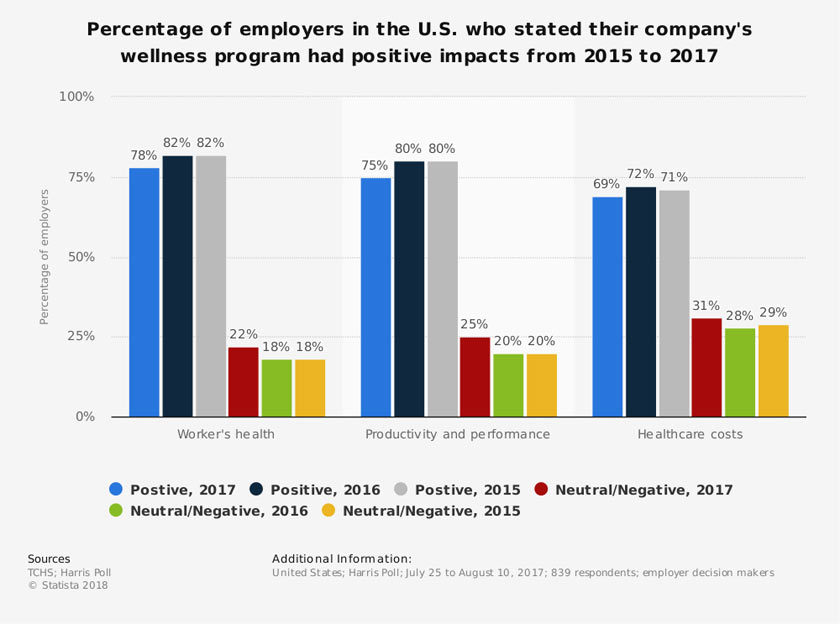 It’s clearly just a bad idea to force employees to suffer in unhealthy environments. Some companies are now providing on-site workout facilities with treadmills and showers, or at least subsidized memberships to nearby gyms. Others are realizing that ideas dating from the 1800s on how people should behave in the workplace are no longer relevant. In fact, allowing people to leave their desks and walk around every 30 minutes or so doesn’t turn them into hardened procrastinators; these planned interruptions actually make people more productive at their jobs, not less. This is called the Pomodoro method.

Numerous phone and computer apps make this technique easy to practice, while fitness bands like the FitBit actually start vibrating when you’ve been sitting down for an extended period. At this time, you could stretch, walk around, or perhaps get a glass of water. If you prefer, there are even exercises you can do, without leaving your chair, that will undo some of the damage caused by sitting motionless.

One of the most innovative and effective solutions to the entire problem is to use a standing desk. This does take some getting used to, especially for older people, but the reduced risk of lower back pain, heart disease, and diabetes makes it worth it. Your body is designed to work best when it’s either vertical or lying down, and all that’s needed to overcome the initial discomfort is practice. There is a caveat to this, though – if you’re currently sitting down for all or most of your workday, don’t try to make the change all at once, as your joints and muscles will do much better by dealing with a gradual transition. If possible, try getting a sit/stand desk that can switch between high and low positions.

One objection many people raise to working standing up is that standing will be too distracting to get much done. Actually, the opposite is the case. Have you ever attended a meeting where chairs were banned? These tend to be much briefer and productive, and not only because people’s feet start to hurt.

When you’re erect (and in the correct position), your breathing and circulation are much better. Considering that your brain uses about a third of the oxygen you inhale, this means that you’ll be more alert, able to concentrate and remember better.

If you’re middle-aged or approaching it, you may already have noticed some signs that you’ve been sitting too much over the years. You might be a little heavier around the waist, get dizzy spells when you stand up too quickly, have high insulin resistance, or perhaps even have to carry a heart rate monitor band around with you.

The bad news is that there is simply no pill or surgery that will magically restore your body to tip-top condition. The good news is that relatively simple lifestyle changes – which you might want to make anyway – can have major effects.

The first thing to do is to start moving throughout the day. You don’t need to take up weightlifting or running – some doctors are now suggesting that frequent, gentle activity may actually be better for you than shorter bursts of exercise.
If you haven’t already, quit smoking and moderate your alcohol intake. Eat less sugar and saturated fat, but more vegetables and fruits.

All of these are things we know we should be doing anyway; they not only ameliorate the direct effects of years spent chained to the desk, but they prevent other problems too. Above all, don’t panic about your health. Go for checkups when needed and get a blood pressure monitor if you have to, but remember that stressing about these things will only make them worse.

What Does a HEPA Filter Do, How Does It Work?

How Long do Germs Live on Surfaces?