A Breath of Fresh Air

With the possible exception of a certain green cartoon character, nobody would call a swamp their favorite place in the world. For that matter, few people really love their workplaces all that much. Combine one with the other, and you’re well on your way towards a perfect storm.

If environmental factors such as temperature and relative humidity are ignored at the office, the only possible outcome is that morale and productivity will suffer.

Remember how asbestos used to be as common as pigeons, loved by all for its numerous good characteristics?

Since about the 90’s and 00’s, the effect of indoor air quality on both health and productivity has received extensive study. The consensus today is that there is indeed a strong link between them – new standards have been issued by government agencies, while certain chemicals which were previously thought safe are now banned.

The impact of all this on the typical workplace has been minor. Unless it’s a specialized kind of facility, perhaps requiring HEPA filters or chemical scrubbers, the only noticeable difference from 30 years ago might be an air purifier in the corner and perhaps a few more office plants.

If, for example, more than one employee suddenly develops asthma, an internal investigation may have to be conducted, but for the most part managers don’t need to trouble themselves.

One exception to this rule, often overlooked, is the question of humidity. Particularly in buildings that rely on a HVAC system rather than windows for air circulation, moisture build-up (or depletion) can have some pretty serious consequences, including on the bottom line.

What Is Relative Humidity?

Temperature and relative humidity are often mentioned in the same breath because they are so closely related. “Wind chill” is the term given to the cooling effect of moving air: 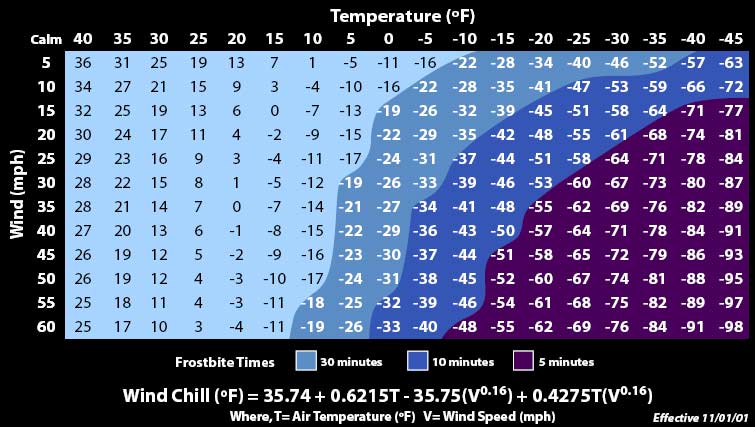 High humidity has exactly the opposite effect: 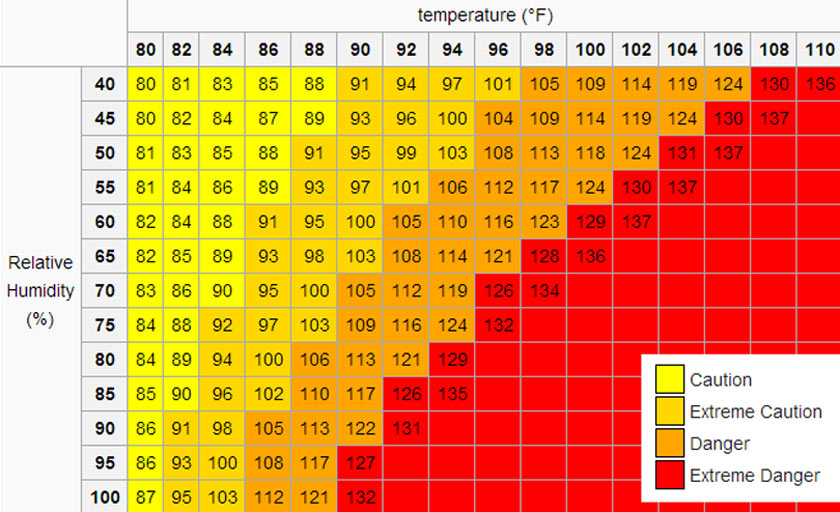 Air that is at or near 100% relative humidity is called saturated; it can’t accept any more water through evaporation at that temperature. No matter how hot you feel, your sweat simply stays on your skin and in your clothing; anyone who’s spent time in the tropics or a sauna will know the sensation. No matter the temperature, you’ll feel hotter than the thermometer says you have any right to.

Air that is too dry, by contrast, makes moisture evaporate faster than our bodies are used to coping with. One sign of this is discomfort, and eventually infection, of the throat and nose. Mucous membranes are parched, leaving people vulnerable to germs. Another sign of trouble is the reverse – excessive humidity. Since moisture is being extracted from your skin too quickly, it cools, and the temperature seems lower than it really is.

While there are significant differences between men and women, large and small people, and those from different cultures, it’s more or less accepted that the average employee is most comfortable in an environment that measures about 23°C (74°F) with a relative humidity of 30 to 60%. (Relative humidity, by the way, is a scale based on the rate of condensation at some given temperature – the inside of a still-forming cloud is at 100%, while completely dessicated air will measure 0%.)

It’s exactly this effect on employee comfort – scratchy eyeballs, sweaty armpits, feeling too hot or cold – that makes relative humidity an issue worth looking into. Nobody likes distractions, and few people perform better in an environment they don’t like being in.

Much the same thing can, of course, be said about other environmental factors – noise, lighting, the ergonomics of office furniture, vibration, and so on. The difference here is that the effect of relative humidity (and its close cousin, temperature) on work performance is far sneakier. Someone who only visits a shop floor or cubicle farm for minutes at a time might feel no discomfort at all. An employee who spends 40 hours a week or more in the same room, however, will certainly feel annoyed if he’s constantly sticky due to excessive humidity, or when he develops a cold due to constantly dry air. And even then, the real culprit might not be blamed.

As one would expect, cognitive functioning and decision-making skills are significantly affected by uncomfortable apparent temperatures. Is this, then, an excuse to install air conditioning only in the executive suite, where all the important choices are supposedly made?

Aside from what this would say about the corporate culture to begin with, the data argues against it. Assembly line workers’ efficiency, for example, is noticeably affected by the relative humidity level, and we can only assume the accuracy of their work as well. 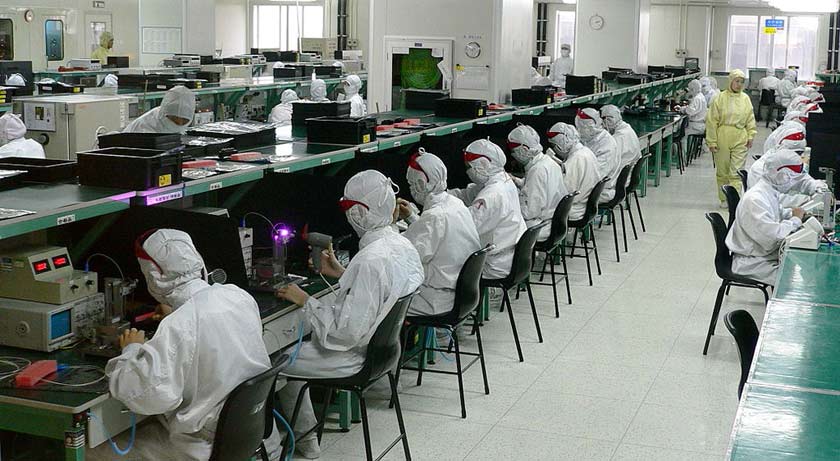 If you care at all about (say) product return rates, front-line customer service, and having to do things twice, you simply have to acknowledge that repetitive, creative, and analytical types of work all suffer when a person is distracted by excessive temperature and relative humidity.

Relative Humidity Can Even Be a Health and Safety Issue

If there is one single metric that can be clearly tied to productivity, it has to be absenteeism. This is true both in terms of its direct effects and as an indication that employees really prefer not to be at work (the latter might not necessarily be obvious from work quality). In the modern workplace, most processes require far more than a single person to complete, meaning that one absent employee can set back the work of several of his colleagues. Apart from the obvious, something as simple as the only person with the stationary cupboard key not coming in can cost several man-hours.

In fact, it’s been established that companies that expect their workforce to operate in unhealthy environments exhibit substandard performance. This could be explained in more than one way – perhaps the managers of such companies just aren’t very zealous about details in general – but the causal relationship here seems intuitive and obvious.

Even fines and lawsuits are a possibility, although if things are allowed to get to this point, you will kind of deserve it. In most countries, companies are required to provide a safe and appropriate working environment for employees, but the way in which this is actually interpreted varies widely by jurisdiction. In some cases, non-binding guidelines are issued; in others, the minimum and maximum relative humidity and temperature people can be exposed to may be explicitly regulated.

In either case, if management is informed of a risk involving humidity, and anyone later develops a medical problem as a result of inaction, the company will probably be held liable. Additionally, high humidity may lead to a mold infestation or other problems that can actually be enough to mandate a temporary evacuation of the affected area.

Even if you’re not experiencing any specific, noticeable problems at the moment, being proactive and buying a cheap air quality meter may be worthwhile. These units often don’t meet the specifications set by OHS bodies, but may just direct your attention to an aspect of the business that could be improved.

Making a note of the date and results of any test is rarely a bad idea. In any case, these will usually indicate the humidity level, while you could also mount a permanent humidity indicator next to the thermostat. Most employees will crank the knob based on how hot or cold they feel, not realizing that the problem may be relative humidity instead.

If you have more specific concerns (radon, airborne particulate count, condensation forming on walls) and can’t improve the air quality yourself, using a professional air quality testing company’s services is indicated. They will also be happy to advise on ways to improve the situation, which may or may not be included in the fee for the initial consultation.

What Can Be Done About Humidity

In large buildings, regulating relative humidity is best done within the HVAC installation. Unfortunately, older equipment often can’t be efficiently retrofitted to do this, and, in any case, certain areas will still be too humid or dry afterwards.

In this case, the easiest solution is to buy a stand-alone humidifier, dehumidifier, or a device that can do both. The latter is especially appropriate in locations where there is a large swing between summer and winter conditions.

In the long run, these will not only improve employee happiness and productivity, but also save money in other ways. To give one example, humidity is murder on electronic equipment: too dry, and static electricity can build up to deep-fryer levels. Too humid, and dust coating the circuit boards can actually become wet enough to cause a short circuit.

The Long and the Short of Standing Desk Ergonomics

What Does a HEPA Filter Do, How Does It Work?