Good For
Owners of large vans or trucks who'd like a reverse-assist camera with a surveillance function.
Bad For
Anyone living in a hot climate, or who considers high-definition footage essential.
Key Features
All The Stuff is reader-supported. When you buy through links on our site, we may earn an affiliate commission (learn more). 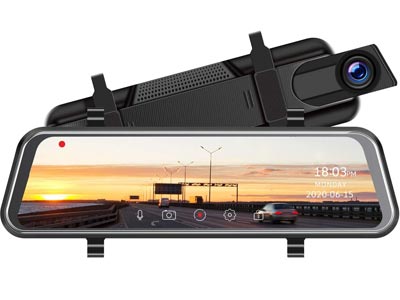 This dash cam has a form factor very different from the other dashboard cameras we reviewed, fitting over a car’s standard center rear-view mirror. The camera itself sticks out to the left, and the screen becomes reflective just like an old-school mirror when the display goes into screen saver mode.

When turned on, you can use it to watch recorded video (though preferably not while driving) or the live feed from either the front or rear camera.

If you like, you can add an optional GPS receiver to record your route and speed, too. However, if this function is important to you, you may want to get a dash cam with wi-fi connectivity to get the most out of it.

Mirror, Mirror, on the Dash, Please Help Me Avoid a Crash

One unusual selling point of this dash cam is that it also makes reversing and parking easier, which by itself may be enough to prevent a minor fender bender.

As the waterproof rear camera is mounted externally, using this mode instead of dark-age optics eliminates obstructions like headrests, frolicking pets and indeed the chassis itself. This feature makes the Toguard CE60 a very attractive dashcam option for a van or pickup truck.

In addition, its night vision is superior to what you can get from a normal mirror. Though this camera uses an analog version of wide dynamic range technology, the result is much the same. You won’t, for example, have to deal with glare from headlights behind you (though detail in their vicinity may be washed out), which not only improves safety but removes a source of annoyance.

Finally, the high-resolution display’s brightness is easily adjusted, plus it can display a wider angle than a normal mirror. Unlike with most dash cams, the image is mirrored to look more like what you’re used to (left is right and right is left, but up and down stay put). You can shift the field of view up or down by swiping your fingers on the touchscreen.

Works as an Ordinary Dash Cam, Too

Installing the CE60 takes a little more work than with most vehicle cameras. The rear camera can be glued to a rear window, but it may be better to bolt it on, which will require drilling a few holes. You’ll also have to find a way to route the 18-foot cable to it from the front.

More importantly, it’s essential to purchase and install a suitable hardwired power supply if you want to use this dash cam while parked, as its internal battery is of negligible size.

Even with hardwiring, you’ll have to manually switch between constant recording and park mode. Since park mode doesn’t make it run constantly (which would drain your car battery more than necessary), there’s no pre-buffer to the recording and footage will only start a short moment or two after an impact is sensed.

Alternatively, you can also set it to record time-lapse footage in park mode at 1, 2, or 5 frames per second.

In terms of aesthetics, the front camera is practically invisible and the same size as most cars’ default mirrors. It’s arguably a nice modern touch to your vehicle’s interior. The stretchy straps as well as part of the cables will be visible if you look for them, though, and may bother someone who finds neatness important.

A Couple of Flaws

At this price, which is pretty attractive for a dual-camera system even without the CE60’s extra functionality, you can expect a couple of trade-offs. While the touchscreen interface makes operating it pretty easy, you’ll have to pull out the microSD card and pop it into a computer to export any footage.

One camera is recorded at full HD resolution, but you’ll have to settle for 720p on the other (you select whether this will be the front or rear). This translates to five to six hours of recording on a 32 GB card. In fact, the manufacturer recommends not using a larger size than this to avoid issues with formatting and random glitches, especially with microSD cards from off-brand manufacturers. Still, things should work fine up to 128 GB, as many users have proved.

A more serious issue, especially in some locations, is this camera’s relatively narrow temperature range of -4°F to 140°F. A car parked in the sun can easily go above this, which means leaving this camera in parking mode will be a no-no in summer.

On the other hand, the manufacturer is confident enough in their products to offer a 12-month warranty, which is more than many competitors are willing to do. 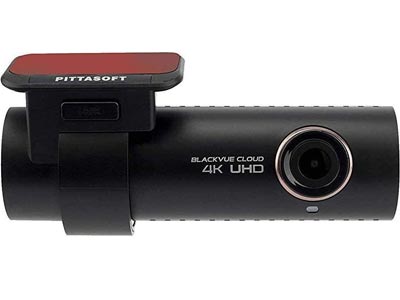 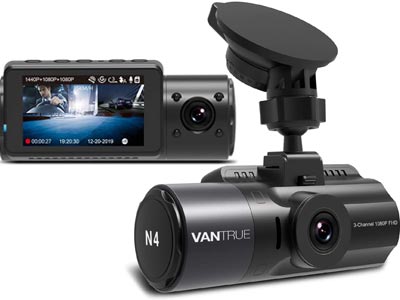 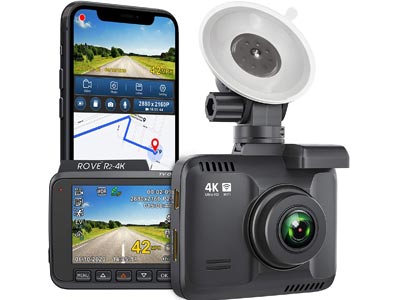 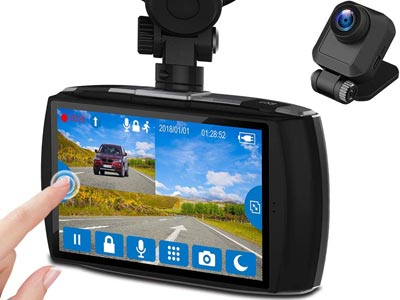 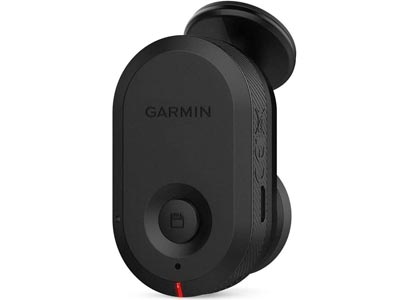 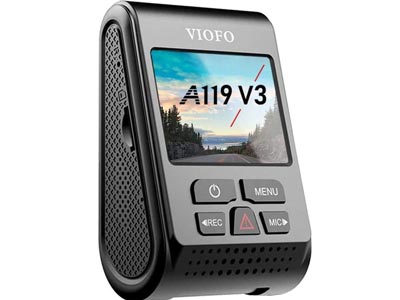 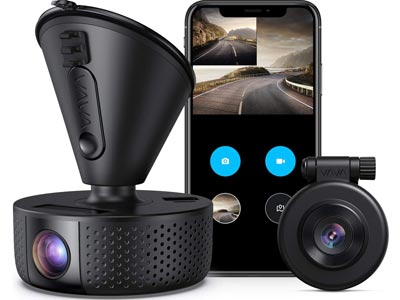 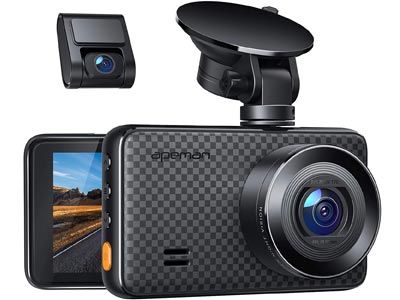 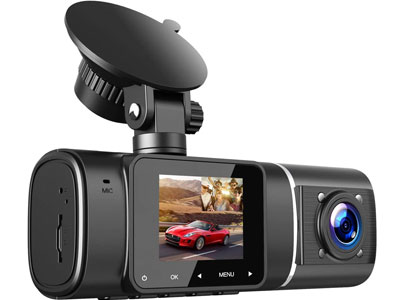