Good For
A household that plans to buy a bread maker in order to save money on groceries.
Bad For
Anyone who insists on long-lasting, durable kitchen appliances.
Key Features
All The Stuff is reader-supported. When you buy through links on our site, we may earn an affiliate commission (learn more). 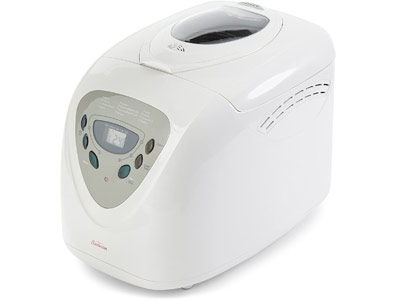 At 17 pounds in weight, a this low-cost machine is a little more substantial than either the Oster Expressbake or Cuisinart CBK-110P1. Despite this, it only offers 12 baking programs without the option of customizing any of them or designing your own. Fortunately, these twelve settings allow it to handle a good variety of bread types as well as cakes and jam.

Something which will bother many people used to store-bought bread is the shape of its baking pan, which is roughly the same length on all sides. Combined with a somewhat underpowered heating element, this means that your bread typically won’t brown and cook uniformly, nor will it be shaped like a “normal” loaf. Unless your family members have different tastes, you might end up having to negotiate over who gets the “good” part of each loaf. Still, it does produce a decent crust with a noticeable difference between the three doneness settings.

Good for the Small, Busy Household

Three settings are allocated to getting something that smells good on the table quickly, a feature which any parent is sure to appreciate at some point. You can serve an “ExpressBake” loaf in under an hour, or select the “Quick” program which takes about ninety minutes from start to finish. These options are intended for recipes that use baking powder or soda rather than yeast or sourdough, but will work with fast-acting yeast. Only 1½ and 2 lbs loaves are really supported, but these disappear faster than you’d think, and only a little ingenuity is needed to bake a smaller amount.

For those days when you’re able to plan ahead, you can also make use of the 13-hour delay start and 1-hour keep-warm functions. The machine will display the time remaining to the end of the kneading or baking cycle, as well as beep to tell you that it’s time to add olives, chocolate chips or whatever seeds and nuts you prefer.

There is also a wide window through which you can check how lunch is progressing. Shorter people and children will be glad to know that the sizable LCD display is visible from the front rather than mounted on top of the machine. This could be more informative, though its usability is enhanced by large, clearly labeled buttons. Simply start by pressing ”Menu” until you’ve selected the correct program as denoted by a number, then continue clockwise to enter a few other settings until you get to the “Start” button.

A Couple of Minor and More Serious Shortcomings

Most people like the idea of getting a bread maker precisely because this is supposed to make the whole process fully automatic. Depending on which you buy, though, you should still expect to do a greater or lesser amount of work yourself.

The Sunbeam has a fairly large paddle, which promotes good kneading even with heavy mixtures like rye and gluten-free dough. You won’t normally have to help it along with a spatula, but it’s a good idea to remove this mixing paddle at the end of the final kneading cycle. This is not very convenient to do unless you’re watching the machine: there’s no beep to tell you when it’s time, opening the lid doesn’t stop the motor from turning, and it’s often difficult to get the blade to detach from its mounting.

While most people will be willing to accept a slightly disfigured loaf as long as it’s risen properly, the Sunbeam also doesn’t preheat ingredients before mixing and rising. Yeast requires a comfortable temperature to do its best work. In other words, for best results you’ll have to use the microwave to get your milk or water to approximately 110 °F before adding. This extra step isn’t required with most bread machines, and sometimes won’t be enough to avoid disappointing results when using the delay start function or on cold days. If you need to use a long rise time, as is the case with many sourdough breads, you’ll also be out of luck; it’s better to place your dough on a windowsill in a covered bowl.

Okay at the Price

The instruction booklet contains enough recipes to get you started on each program. Most people will probably either settle on two or three and never try anything else, or spread their wings and go wild with concoctions found in recipe books or online. Adapting these for this machine may turn out to be something of a chore, unfortunately, partly due to the blocky shape of the pan.

The Sunbeam doesn’t have a dedicated gluten-free setting, though with the right recipe the “Quick” program should work. This is because this doesn’t agitate the dough after the final rise, and therefore doesn’t let too much gas escape even without wheat protein to trap it.

We have to mention that, as you’d expect with an inexpensive option like this, the manufacturing quality is not fantastic. It does carry a 1-year repair-or-replace warranty, but the bread pan’s seal and the coupling for the mixing paddle are both prone to failing. It’s very likely that you’ll have to replace the pan at some point due to its non-stick coating flaking off, but it’s not even clear from where you can order spare parts. While it’s working and assuming that baking has gone well, however, it’s easy to shake out the loaf and clean up afterwards.

Unfortunately, recipes have to be followed to the letter, or baking turns into a hit-or-miss affair. On the whole, though, this is still a good starter machine capable of basic tasks, but should not be expected to last forever or give perfect results without a lot of attention. 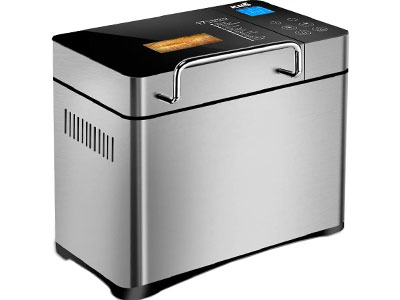 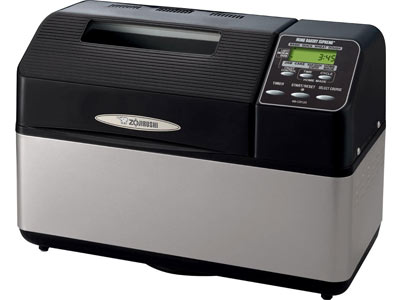 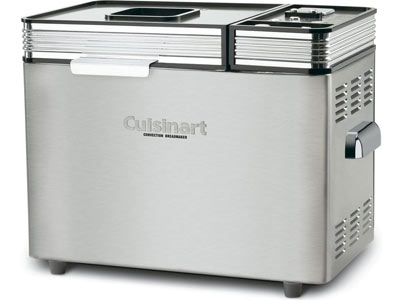 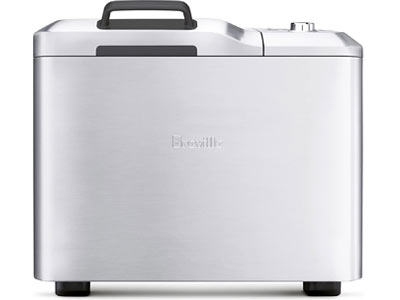 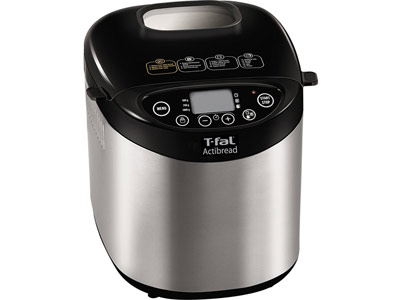 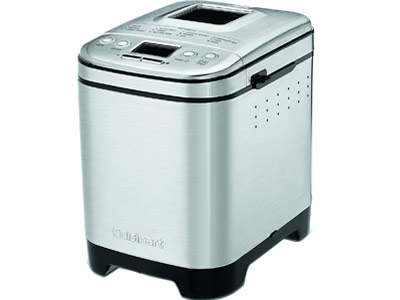 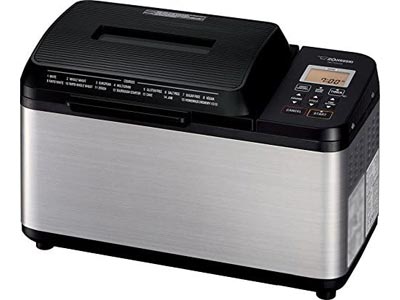