Good For
People who don't want to learn how to cook, yet are willing to pay extra for fresh, homemade pasta.
Bad For
Traditionalists who think that working the dough with their hands is essential, or simply can't afford a machine that does this for them.
Key Features
All The Stuff is reader-supported. When you buy through links on our site, we may earn an affiliate commission (learn more). 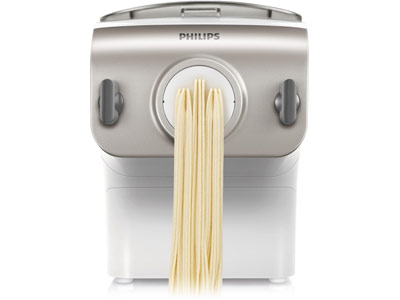 Even though a pasta maker like the KitchenAid doesn’t require you to have the forearms of a middleweight boxer or an Italian grandma, getting good results from these still requires some skill and practice. With this Phillips product, however, you’re basically fine as long as you know how to use a measuring cup – and they even supply the measuring cup.

Unlike roller types, the Philips HR2375 is an extruder. After mixing and kneading, the dough is forced through a nozzle instead of massaged into shape by rolling.

The shape of the pasta is determined by a disc mounted on the nozzle, of which four are included and several others are available.

There’s no resting period for the dough. Apparently, the high pressure in the spout makes up for this.

As the whole process is self-contained, getting this machine clean goes very quickly, with no flour-covered chopping board, clothing, or children to take care of.

All you really need to do is chuck in all the ingredients and press a button.

The ingredients are based on recipes supplied in the accompanying booklet. Which is by itself a selling point, containing recipes for vegan quinoa pasta, buckwheat noodles, and garbanzo dough among many others.

The process isn’t completely automated, though. A human hand is still required to cut off the lengths of pasta as they exit the machine.

It’s simply amazing that any child old enough to boil water and open a jar of sauce can now prepare a fresh pasta dinner. Just bear in mind that you’ll have to make a ton of pasta before you’ve gotten back from this machine what you paid for it.

Cute, But Not for Everyone

One drawback of this pasta maker compared to manual machines is that this can push out only a little over one pound of pasta at a time (enough to feed anything from three to six people depending on how hungry they are).

Fresh pasta can be refrigerated (or frozen) and the whole process takes under 20 minutes, so this isn’t exactly a disaster as long as you’re cooking for a single family.

The powerful 200-watt motor, which generates a cool 1,600 pounds of force, has to be given time to cool down between uses or risk burning out.

More importantly, though, it does not allow you to extrude wide, somewhat moist pasta sheets, meaning that you’ll be restricted when trying to make filled shapes like tortellini and ravioli. On the other hand, unlike most machines it does let you make hollow tube designs with minimal effort.

The worst thing “wrong” with this gadget, clearly, is that it costs nearly ten times what some manual pasta makers do. It even costs significantly more than other “automatic” extruders but comes with the important benefit of actually working as advertised.

Almost all the others are difficult to clean, require constant help from the user, or just don’t produce good noodles
without a great deal of fiddling.

Instead, if you are an inveterate but broke pasta lover who doesn’t like to cook,
you can take a look at the compact version of this machine, which has most
of the features and a smaller capacity. 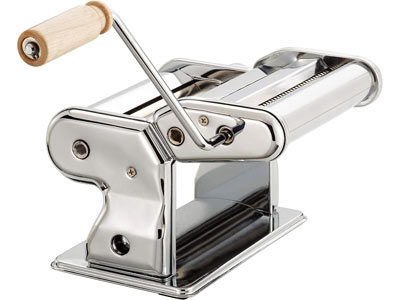 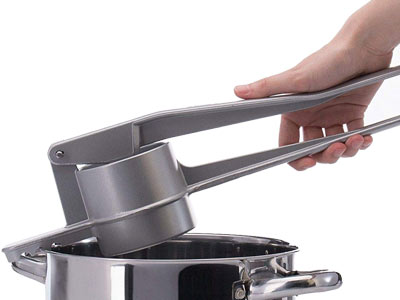 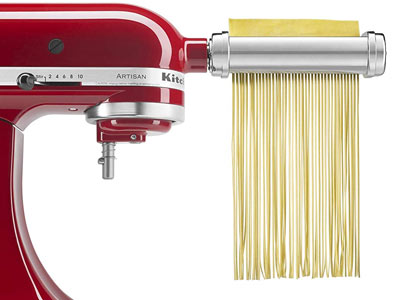 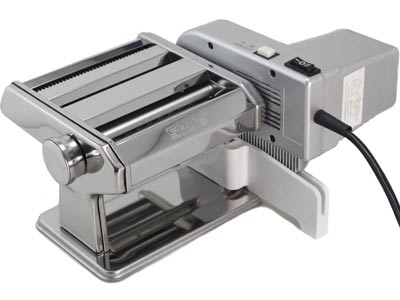 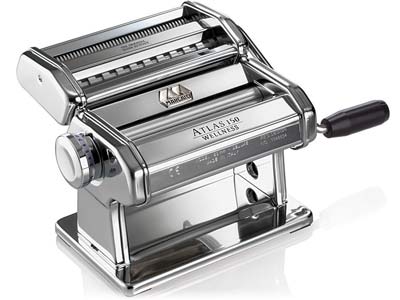