These Options Damage Your Skin the Least

Men, especially, are often unreasonably proud of their body hair – hairy chests and legs are supposed to be a sign of virility; a hairy back, not so much.

Women tend to be less enthusiastic about any hair that isn’t attached to their scalp, with some going as far as not wanting a single strand below the neck. Pubic hairstyles, yet another thing we can probably blame Millennials for, have somehow become a suitable topic for public discussion. All of this social pressure leads many people to consider permanent hair removal, but how safe is this really?

Men may need to shave their beards every day, but shaving your legs three times a week definitely becomes a hassle too. Some women, fed up, simply decide that leggings are the look for them, but laser hair removal is definitely a more elegant solution.

Convenience and saving time are probably the main reasons for people to consider permanent hair removal. Not far removed from this is comfort – hair growing back in itches, while all of us have nicked ourselves once or a few hundred times while shaving. A guy who arrives at work looking like he’s been attacked by a gang of crows has probably had a late night followed by an early morning.

This kind of thing can even lead to infection. Rust doesn’t cause tetanus and other diseases, but the same conditions that lead to the one encourage the other, including conditions found in your bathroom. Ingrown hairs and razor burn are also problems, particularly for certain skin types or people who forget about buying new blades. And if your armpit skin is irritable you can definitely benefit from a good moisturizing aftershave.

Permanent hair removal is fairly expensive, especially at one of the more up-market clinics. But then again, so are razor blades! It’s a well-known fact that printer and razor manufacturers sell their main products at below cost to lock you into buying overpriced consumables. This expense can really add up over the course of a year.

When you wax or shave, you’re actually ripping or scraping off the top layer of (mostly dead) skin cells. Exfoliation is part of many beauty routines, but is really something that should be done with a specially designed tool or lotion. Shaving, therefore, removes some of your natural protection against sun damage and moisture loss and, over time, will certainly make your skin age faster. To keep your skin as smooth as possible, you also have to shave very frequently; many men shave twice a day. With permanent hair removal, this figure can drop to zero. 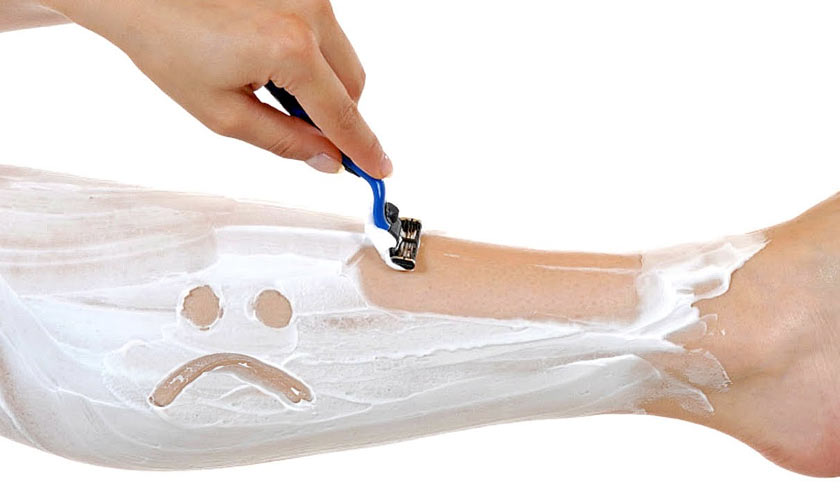 Myths About Shaving and Waxing

Before making a decision about permanent hair removal, it might be time to correct two of the most common misconceptions about the alternatives.

First, shaving doesn’t make hair grow back thicker; this is an old wives’ tale. It only feels that way because the cut ends have a rougher tactile texture. Conversely, waxing does make hair grow back more thinly, but for most people only a little, and only if done very frequently for a long time. If you really want fewer, thinner hairs in some area, this technique is probably not worth the pain.

Also, all shaving products are not created equal. Men’s and women’s razors are designed for different hair textures and growth patterns, while an electric shaver that works well for one person might irritate the skin of another. When it comes to aftershaves and lotions, in particular, you generally get what you pay for. So, if you believe that your skin can’t tolerate waxing or shaving you might just want to change your technique or the tools you’re currently using.

As with permanent makeup, you really shouldn’t see permanent hair removal as a project to be approached haphazardly. In fact, many permanent makeup artists are actually qualified doctors, not tattooists. Doing your research and perhaps consulting a dermatologist is always good advice.

That having been said, two methods to remove body hair permanently are approved by the American FDA, meaning that there’s very little chance of things going wrong as long as the procedure is performed correctly. Some people have reported tender or inflamed skin or symptoms similar to a sunburn, but more severe reactions are extremely rare. Nor are either of these methods very painful, although you should expect some discomfort (but nothing close to that of a wax strip being ripped off).

Electrology requires a tiny, electrified needle to be inserted into each hair follicle. Since the human body, exclusive of the scalp, contains millions of these, this is obviously a painstaking method except for use on localized areas. Each treated follicle is effectively and permanently destroyed, but follow-up treatments are required for those that were missed. Completely removing a man’s facial hair, for instance, can take several years.

Laser hair removal works much more quickly and is therefore significantly cheaper. Unfortunately, it’s also less effective, and as many as a dozen sessions may be needed to completely epilate (permanently remove hair from) an area. The principle on which it works is to shine light of a specific wavelength onto the skin. This light is readily absorbed by specialized hair follicle cells, but less so by the skin itself, meaning that it won’t damage your complexion very much.

Laser hair removal and IPL therapy (Intense Pulsed Light) aren’t truly permanent solutions. Follow-up treatments are usually needed from time to time. Most people regard the process as entirely painless, although those with dark skin or light hair might suffer irritation and temporary side effects.

There are also some methods which are almost certainly ineffective, unsafe, or both. Drugs that slow hair growth, whether in capsule or ointment form, may have several unwanted side effects. Destroying follicles with X-rays or microwaves can only lead to harm. Various other devices also turn up from time to time and are advertised as the hair removal breakthrough of the century, usually on late-night TV. The only possible advice here is to ignore the hype and invest in a proven product instead.

Any medical procedure, from open-heart surgery to taking aspirin to hair removal, carries some amount of risk. Every person has to weigh this against the expected reward, but when it comes to hair removal, the odds are usually in favor of trying it.

First of all, there’s absolutely no connection between laser hair removal and skin cancer. Without getting into the details, cancer isn’t caused by intense light, but by light of the wrong kind, which these lasers are calibrated to not emit.

A small amount of toxic fumes is released during permanent hair removal as hair contains sulfur compounds, but although some clinics might want to improve their ventilation systems to get rid of the smell, these fumes pose no real danger.

What you should know going in is that skin over the affected area will often become darker or lighter, or even turn red for a period ranging from days to months afterward. Some untrained, fly-by-night operators have somehow managed to leave small scars on their customers, but the chance of this happening with a reputable treatment center are effectively zero. All other side effects are negligible and temporary. 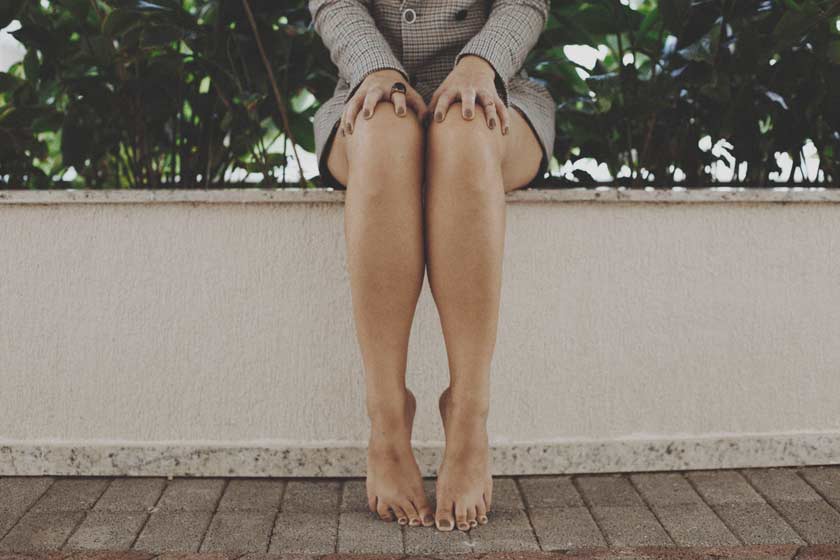 One real risk of having your hair removed permanently, which many people don’t think of at the time, is that “permanent” generally means . . . exactly that. There is no effective way of restoring excised follicles, so this decision should be weighed even more carefully than that of getting a tattoo.

Can you, as an amateur, perform permanent hair removal at home? Yes, certainly. Is this a good idea? That is wholly up to you to decide; it is, after all, a kind of minor, superficial plastic surgery.

If you are really concerned with the safety of hair removal procedures – especially on delicate areas – it is probably best to pay a professional’s rates. They will, for instance, be able to tell when a device isn’t functioning normally, and many of them have at least some medical training.

The actual risks, however, are pretty minimal. Equipment designed for home use is much less powerful than professional machines, so you would really have to go out of your way to hurt yourself.

Since the method requires professional training, home electrology kits aren’t generally available (electrolysis is a very different method and is, by most accounts, a puddle of snake oil). Laser IPL machines are cheap, though, comparing well to the cost of a professional course of treatment. Better yet, you can use them whenever you like. Since the hair has four distinct stages of growth, each follicle will react differently to laser treatment, so at least three staggered sessions will be needed.

If you find that your skin becomes irritated, you should obviously discontinue use until getting a medical opinion. For most customers, though, at-home hair removal has proven far superior to shaving, waxing, or salon visits in every possible way. 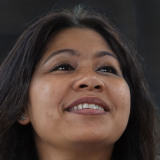 Jessica Peters has been an avid fashionista ever since Michelle Phan entered the stages. She covers everything from make-up and hair styles to the main beauty focuses people are looking for, and prefers to do so with a comedic vibe.
✉    jppetersq (@) outlook.com

All The Stuff takes over Oomphed.com

Hair Styling with a Flat Iron