Why Protect Information on Paper Documents

The paperless office and economy are concepts on which, excuse the pun, a lot of ink has been spilled, but it is not as of yet a reality. Payslips and checks are still printed, as a digital copy is too easy to alter. Business cards remain a lot more popular and credible than Whatsapp messages. However, simply tossing all of this paper in the trash is far more dangerous than many people realize. Unless you want to run this risk, getting a paper shredder is a very good idea.

Changing Threats in a Changing World

In the age of Big Data, the saying that knowledge is power is truer than ever before.

However, where this used to refer more to wisdom and experience, we’re now looking at a situation where private information and confidential data are a source of power – over you, unless you take some precautions.

Sadly, although awareness about this issue is slowly growing, many people are still pretty careless about the information they deliberately or accidentally share with unknown parties. In several cases, people (along with their spouses and children) have been physically harassed due to opinions expressed on FaceBook, perhaps without realizing that where they live, where they work, and where they go to school were all visible to the world at large.

Even more worryingly, it’s surprisingly easy to commit fraud, attempt blackmail, or suck someone into a confidence scheme once you know a little about them. Often, this kind of information getting into the wrong hands is due to people not owning, or not using, a shredder.

One of the more common purposes of “dumpster-diving” is to recover everyday items their former owners no longer want: clothing, food, books, and even consumer electronics are often discarded while still usable. In most cases and countries, this is perfectly legal as long as the diver doesn’t trespass onto private property.

However, dumpster-diving is also something of an art form among hackers, industrial spies, and amateur crooks. Carelessly discarding state secrets, financial statements, and medical records does happen, but this isn’t the only issue involved here.

People throw away all kinds of things without shredding them: work documents, photocopies of passports, bank correspondence, receipts, and more. Most will claim that these documents are perfectly harmless and useless to anyone else, but the reality is very different.

Why You Really Need Something for Shredding Paper

Any document that contains personal information should certainly be destroyed before being tossed out. What exactly is “personal information”, though? This may surprise you: it’s pretty much everything, and what you don’t know about this may very well hurt you.

A hacker will typically go through your social media accounts before even worrying about your computer’s address. An identity thief needs little beyond your full name, address, social security number, and a few other details to apply for a loan in your name, despite the self-serving and mostly useless recent changes in banking practices. Financial institutions, always eager for more business, can simply pass any losses due to fraud on to their clients, and it is often the victim’s responsibility to prove that their identity was stolen.

A burglar finding a receipt for a new TV and a hotel reservation in the same trash container knows exactly whom to rob, when. A bank statement or even a letter stating that you’ve been approved for some service leaves the unwary vulnerable to a spearphishing attempt.

A receipt from a pharmacy could easily make someone vulnerable to embarrassment or even blackmail. Old bills from your internet service provider or a personal phone book is the perfect launching pad for a social engineering attack. Even a note saying “Congrats on your raise” can cause resentment if the wrong person finds it.

More Reasons to Destroy Every Scrap of Paper

This concept, though often ignored, is hard to overemphasize. Where you live, where you work, your kids’ names, how long it takes you to drive from A to B, your bank account number: none of these are particularly significant when taken individually. They are, however, puzzle pieces to a fraudster, and many of them are very good at puzzles. 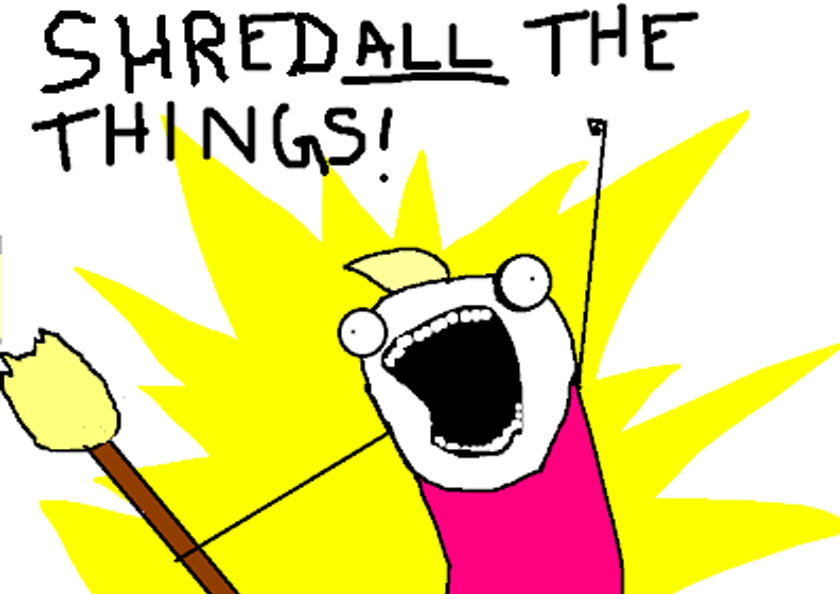 There’s also a more sinister aspect to this. The U.S. Postal Service, for example, founded by Benjamin Franklin at the time of the American Revolution, holds the sanctity of private communication as one of its core values. This is because privacy is inextricably linked to freedom of speech, the rule of law, and several other things both democracy and commerce rely on. The previous link is to a short essay by possibly the greatest security expert alive today and is well worth reading.

How This Affects People Working From Home

We’ve mentioned only a few examples of how not shredding your documents can ruin someone’s day, and yes, these things do happen on a fairly regular basis. The moral of the story is simply this: don’t throw away any piece of paper without making it unrecoverable, which is pretty much what a cross-cut shredder does. When you make a habit of this, it quickly becomes a routine that can save you from enormous harm.

Understanding this becomes doubly important when you are running a home business or sometimes take work home. Carelessly throw out a customer list, or even an email CC’d to several of them, and a competitor might be cold-calling them in the morning.

All of us have the price list of everyone in our market space; there’s no use in denying it. Where do you think this sometimes comes from?

Finally, if you have any employees, they are likely to be the first to know if their personal information has been accidentally leaked. Lawsuits arising from this, or from the loss of customers’ data, are not unusual.

The Scary Reality of Fraud and Identity Theft

These types of crimes are usually committed online, but often start with personal information being gathered in any of a variety of ways, definitely including dumpster diving. The threat is certainly real and indeed growing. 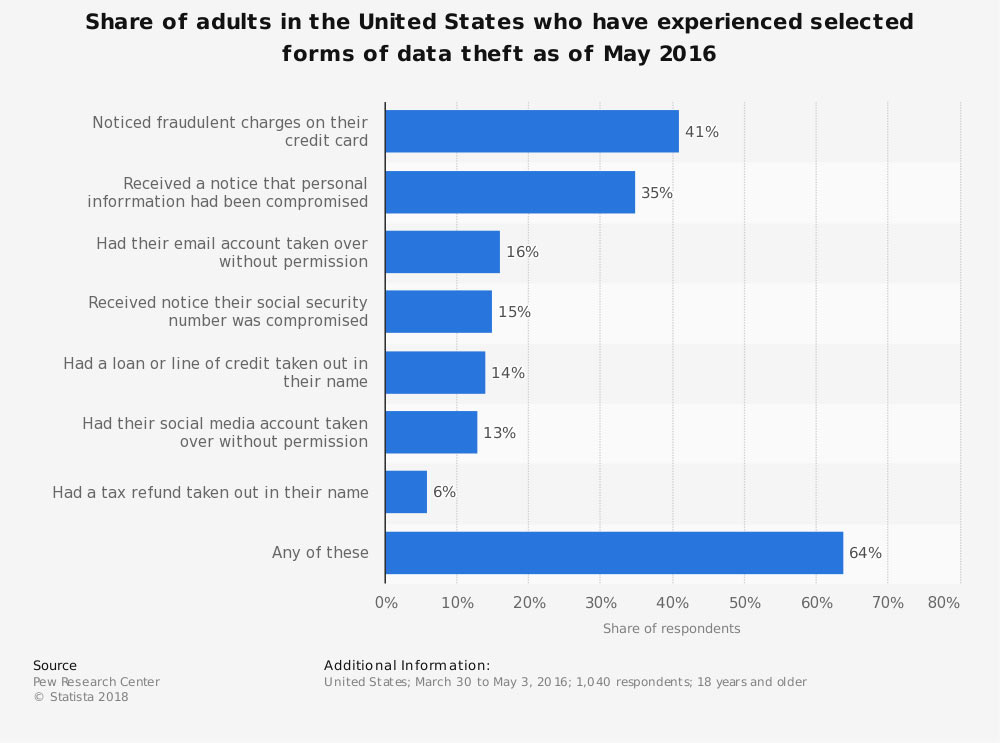 According to Javelin Strategy, the number of U.S. citizens affected by identity theft rose from 15.4 million to 16.7 million between 2016 and ’17. Diligently shredding all correspondence and documents before throwing them away would not have prevented all of these incidents, but it is perhaps the simplest way of reducing the risk of them happening to you.

The Cheapest Options for Households and Small Businesses

Document shredding companies typically have a minimum order quantity or call-out fee, and smaller businesses and solo operators will often find using them uneconomical. The oh-so-real risks still require you to take some action, though.

Some stationery stores actually allow you to bring in a given amount of paper for destruction on their premises. This doesn’t really cost them anything except a few minutes per customer and an enterprise-grade shredder. Chances are good that whatever they end up shredding was bought from them in the first place.

In some cities, you can also find vending-machine style shredders that give you access to a capable shredder for a few dollars a go. However, anything that requires you to drive somewhere automatically requires extra effort, and you might be tempted to just let it slide.

Hand-cranked shredders are a cheap, effective solution for a one-person office or at home, but using them gets tedious really fast. Using your old bank statements, bills, and unsolicited credit card applications to light a barbecue is much more fun, but most people have too much business and personal correspondence and throw too few family barbecues to make this practical.

Buying a Small Shredder for Home Use

Especially if you sometimes handle sensitive information belonging to others, you really need to invest in a basic shredder such as the ones here. These can cost as little as $40 and save you from huge headaches later.

Of course, as with most things, you generally get what you pay for. Not all shredders are created equally: the main differences are how finely they cut the paper you feed them, how fast they can work, and how likely they are to jam. If, for example, you work as a lawyer or for the government, there may also be rules requiring you to use a shredder of a certain security rating.

Do, however, get some kind of machine for this, even if you don’t plan on doing much shredding with it or you don’t want to spend too much. In general, there are two kinds of victims of dumpster-diving fraud: those who thought it wouldn’t happen to them and those who never even thought about it. Being either is really unpleasant – and totally unnecessary.

The Nominal Magnification of a Telescope