The Factors to Produce Great Sound

The people who get the best possible performance out of a given audio setup are called audio engineers for a reason: once you move past the basics, things quickly get more than a little technical.

More watts generally means more power – and this is a good thing even if you don’t plan on waking the neighbors, but can you really tell the difference between PMPO, RMS, and true dBm output ratings? Is it actually possible to fix a skewed frequency response with an equalizer? Which is more important to the final result: preamp or main amplifier? Significantly, even experienced audio engineers still have differences of opinion on many questions such as these.

The average home listener probably doesn’t need to know what all of these things mean, much less do the math involved. On the other hand, even a little knowledge is rarely a bad thing. Many people, when setting up their home entertainment systems, unwittingly do things that would make a professional’s eyes bleed. If they only knew better than to shove speakers right back into corners, play haphazardly with the speaker balance, or confuse a system’s total power output with its output per channel, they could not only achieve much higher fidelity but, up to a point, spend less in doing so as well.

How a Speaker Looks on the Inside

All speakers share the same basic job – converting electrical signals into sound waves with a minimum of distortion. Most speakers in use today are of the coil (or “dynamic”) variety. The only exceptions are earbuds, which are sometimes piezoelectric, the only advantages of which are simplicity, robustness, and efficiency. Some earbuds sound better and some worse, but “worse” is the way to bet. In particular, small devices have trouble achieving a good bass response.

Well, so much for your iPod, but what about your living room? A dynamic speaker is basically an electrical motor optimized to go back and forth instead of round and round. Connected to this motor is a diaphragm; as the diaphragm moves, it pushes and pulls the air around it, creating sound waves.

Iain at the English language Wikipedia [GFDL or CC-BY-SA-3.0], via Wikimedia Commons

The size of the diaphragm determines which tones it can reproduce best. Large diaphragms are more powerful, but are also inherently resistant to moving fast enough to create high tones; that would be your subwoofer. Your tweeters, on the other end of the scale, don’t need as much oomph but require more agility, which is why they’re smaller.

The primary concern of many buyers is that their speaker system will be powerful enough to cover some given space adequately. Of course, the electrical signals that feed any speaker system have to come from somewhere, and almost without exception this means an amplifier (sometimes both are combined in a single unit, like speakers you can plug computers into without any intervening hardware).

Both speakers and amplifiers, at the most basic level, are classified in terms of power output, measured in watts (W). For best results, the following is 90% of what you need to know:

Buyers should also be aware that power figures are (for some reason still) typically given as one of two figures: PMPO and RMS. The difference is simply that PMPO watts exist only in fairyland; RMS is the only number you should pay attention to. Also, wattage almost always refers to the electrical signal. Few coil speakers are more than 90% efficient, and if you wanted to talk about 500W in pure sonic energy, it would be better to use the Richter scale.

How Important Are Cables, Really?

If you’ve just spent several hundred bucks on a speaker set and amplifier, it can be tempting to save $20 by buying the cheapest cables you can find. Is this, however, a case of being penny wise and pound foolish?

With very high-frequency signals, like Ethernet or radio, concepts like characteristic impedance and termination become extremely important. Connecting two pieces of kit with the wrong cable will literally cause them to stop working. When it comes to audio, though, the only real determinant is the sound quality, which is always going to be somewhat subjective.

Hence, some knowledgeable people will tell you to buy whichever cable is cheapest on Amazon, while others will advise you to get the best. Both groups are probably partly right, but here’s the thing:

The most important outcome you want is for as much power as possible to actually reach the speaker. Cables typically have impedance of around only 8 ohms, so the cable’s capacitance and inductance have a negligible effect on sound quality (If some of these terms are unfamiliar to you, don’t worry. The key takeaway is that you can basically ignore them).

The cables’ resistance, also expressed in ohms, is the one to watch out for, especially with longer (more than 20 feet or so) cables. Corroded or poorly fitted connectors can increase this figure significantly in practice, so getting the gold-plated kind is rarely a bad idea. In fact, compared to the rest of any system, cabling is such a trivial expense that you might as well pay a little extra.

Bluetooth speakers, intended for convenience in placement and aesthetics (i.e. no wires to trip over) only come in power ratings up to about 40W. This is fine for your living room, especially since you can use as many speakers as you want, but you won’t see many live music venues installing them any time soon. There’s a more fundamental distinction, though: with cabled speakers, the electrical signal leaves the amplifier in analog form.

In other words, Bluetooth speakers actually have to decode bits and bytes to produce sound. There are variety of ways to do this, from simply connecting a microchip called a shift register to a resistor network, to extremely complicated setups comprising both digital and analog signal processing. Remember: a sound system can be thought of as a chain; one weak link can ruin an otherwise excellent setup. The D/A conversion step is extremely important to sound quality, but how this actually relates to listening enjoyment is difficult to quantify.

Does a Bluetooth speaker’s sound quality suffer as a result? In short, not in any way you’d notice, at least with quality products. Extreme audiophiles and sentimentalists – like those who still play vinyl, or who get annoyed when one person in a conversation speaks in the key of E and another in E flat – would say that the more complex digital-to-analog conversion circuits in high-end amplifiers definitely give a smoother, clearer sound. 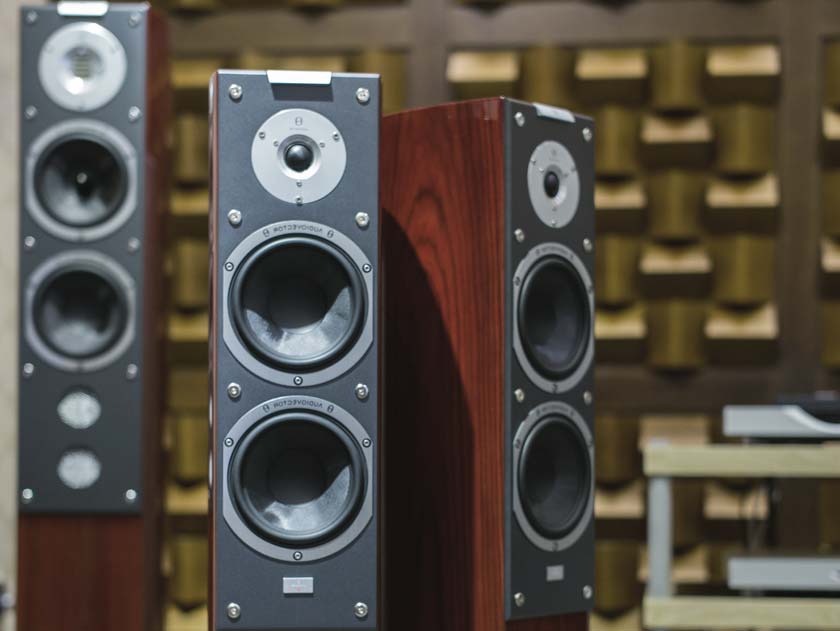 For most of us, though, the main difference will still be that expensive speakers sound better than cheaper ones. However, there is some wiggle room in this, so do your research and try to actually listen to different models before buying.

Selecting the Best Speakers for Your Situation

A new set of speakers can certainly help, but it’s important to realize that they are only one element of the greater sound equation. It’s helpful to think of everything that’s involved not as making a contribution so much as detracting from perfection. If, for example, your already excellent speakers are only having a -10% effect but your room acoustics are deducting 40% from the experience, buying even better speakers will only result in going from 50% to 55%. One way of getting around these kinds of limitations is to have an upgrade strategy even before you start shelling out cash, such as buying over-specced speakers with the intention of getting a more powerful amplifier later on.

Unfortunately, while advice is easy to come by, not all of it is good, and it’s difficult for a layperson to tell the difference. A good starting point would be to review this checklist to diagnose some of the most common problems. After that point, the learning curve becomes fairly steep, but floor staff in dedicated audiovisual stores (not general retailers) and website support lines will often be able to help you out.

Before you talk to them, though, take a few notes regarding the questions you’ll probably be asked. It’s much easier for them when they hear “I have a so-and-so connected to this-and-that in a 500 ft2 room” than “I think it’s a Yamaha and it’s black”.

How to Clean a Telescope Lens

Why Telescopes Work Better with Filters