How to Add a Pesticide and Fertilizer Dispenser

For a fact, having automatic sprinklers in your garden makes life a lot easier – including for those hapless friends and neighbors who’d otherwise have to water your plants while you’re away.

Have you thought, however, about adding fertilizer to irrigation system water and killing two birds with one stone?

The thing is: a lot of people who would like to have a nice-looking garden aren’t as fond of actual gardening. That’s understandable: it’s sweaty work and occasionally you swallow a bug.

The good news is that drought-resistant gardens aren’t the only ones that require very little maintenance. Using technological tools like robotic lawnmowers and systems for adding fertilizer to an irrigation system, you can enjoy being surrounded by lush greenery without sacrificing your weekends. 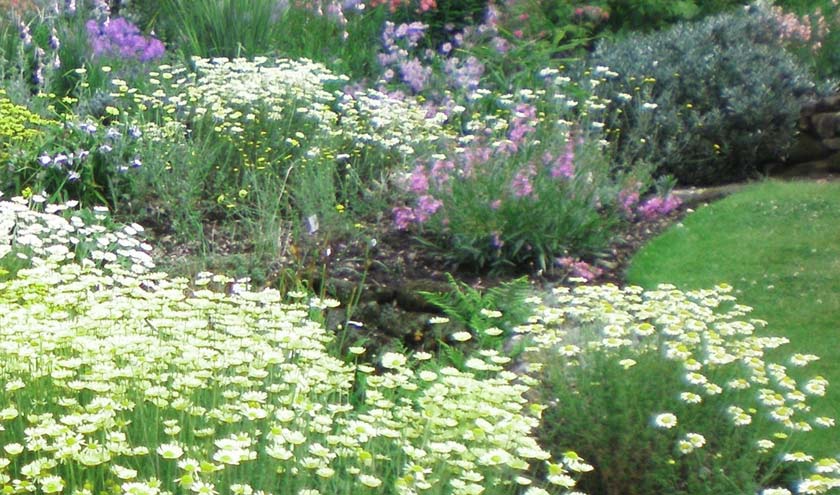 The Benefits of Adding Fertilizer or Pesticide to an Irrigation System

Apart from saving you time and effort, mixing small doses of fertilizer with your irrigation water leads to better absorption rates and fewer nutrients being washed deep into the soil. In addition, as long as your sprinklers are properly sized and located, you don’t need to worry about all your plants getting their fair share: even fertilization is pretty much guaranteed.

So, what kinds of irrigation systems does fertigation work with?

Pretty much all of them.

If you water by hand by dragging a hose around, you can connect a siphon that dangles into a bucket of liquid fertilizer. If you have a good sprinkler controller, you don’t even have to turn on the tap to reap the rewards of owning a “fertigation” system.

The only thing you have to be careful about is using only chemicals that either come in liquid form or dissolve completely in water. Drip irrigation systems, clearly, are more sensitive to solid particles, but all kinds of valves and sprinklers can get gummed up if your water isn’t pure.

How to Install a Fertilizer Dispenser

They say a picture paints a thousand words, and trying anything mechanical certainly goes much more smoothly if you have a schematic to work from: 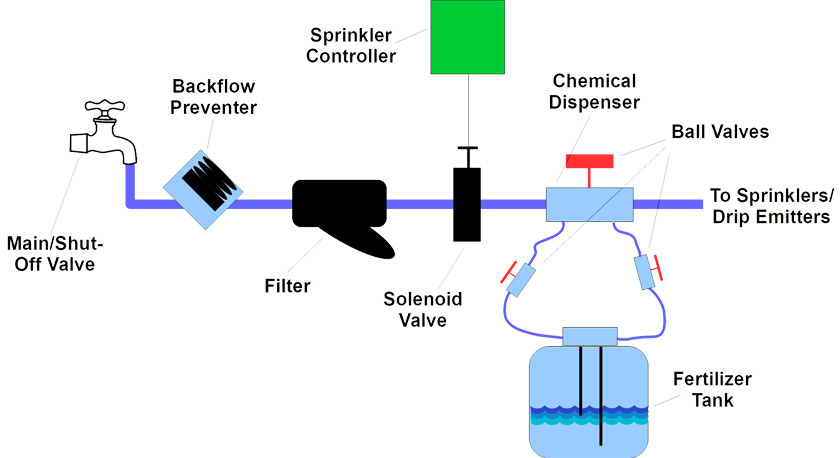 The following notes, along with the instructions that come with your fertilizer injector, are pretty much all you need to know:

Applying Fertilizer or Pesticide to One Zone at a Time

Your rosebushes don’t need the same mixture or amount of nutrition as your lawn, nor in fact do they want the same amount of watering. This kind of flexibility is exactly why a modern, highly customizable sprinkler controller is such a joy to own. 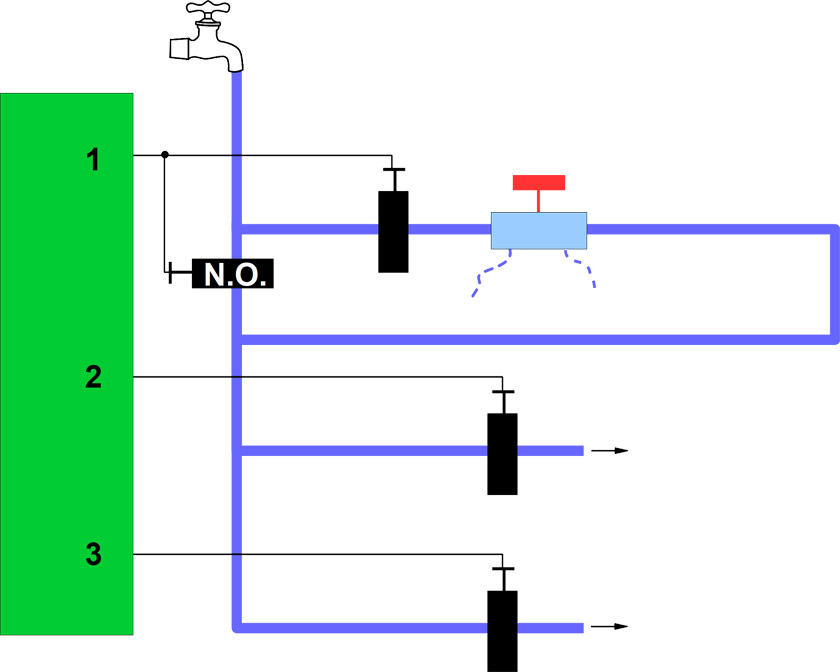 To add fertilizer to one irrigation zone at a time, you’ll have to devote one of your controller’s electronic valve outputs to a pair of solenoids: one in line with your chemical injector, plus a “normally open” valve that shuts when that zone is activated. The pipe coming from the dispenser is then looped back into the main line.

In the diagram above, fertilizer is released when zone 1 is active, while the dispenser is effectively blocked off when that valve is closed. To get food to your plants, zone 1 as well as another zone has to be switched on at the same time. All of this requires extra pipework and programming, which is easier with a controller that has an app interface and plenty of zones (you may want to check the review of our favorite controller).

I recently killed off a thriving cucumber patch by applying, of all things, an organic pesticide. As I would have known if I’d read the label, that particular formulation isn’t recommended for that family of plants, including pumpkins and watermelons.

That was unfortunate, but not really a disaster. There’s a bigger issue to consider here, though: the widespread use of pesticides has severely disrupted ecosystems by killing off species nobody really intended to harm. In addition, a portion of them ends up in the water supply, causing all sorts of maladies in humans. Chemical fertilizers, at least in moderate doses, are much less nasty, but are still a pollutant and can decrease soil health over time.

The best advice is probably to do as little as needed to achieve your goals. Gardening is, at its root, all about working with nature’s natural processes. You could, for instance, reduce your reliance on store-bought fertilizer by composting your kitchen scraps and look for less harmful alternatives for pest control.

Why (and How) to Use a Sprinkler Controller

The Basics of Weather Stations, and How they Work